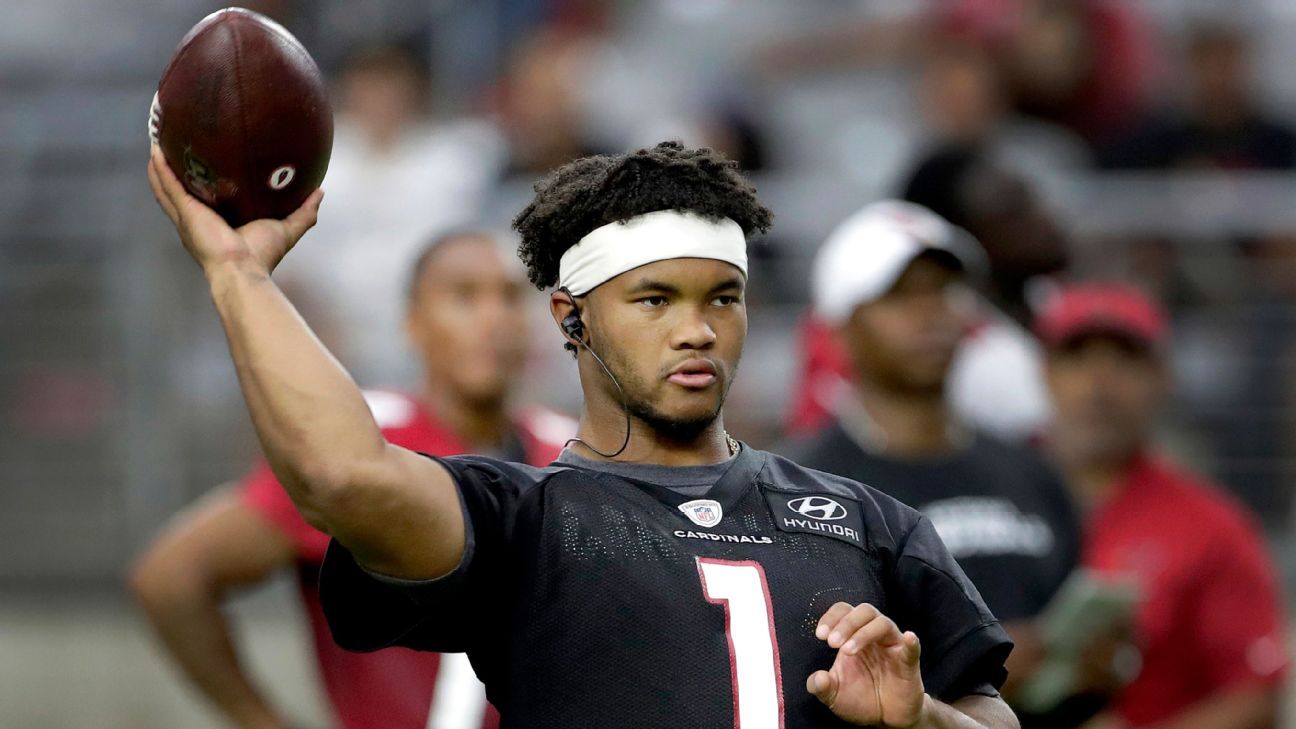 The first place Dallas Cowboys are fortunate to be playing in the worst division in football, because it might be the only way they can make the playoffs. Dallas is now without their star quarterback Dak Prescott for the remainder of the season and veteran Andy Dalton will take the reigns Monday night when the Cowboys host the Arizona Cardinals. Prescott sustained a compound fracture and dislocation of his right ankle during last Sunday’s game against the New York Giants. He had thrown for an NFL-leading 1,856 yards in leading the Cowboys to the top ranked total offense in the league (488.0 yards), while scoring 32.6 points per contest. The Cowboys defense will have to step up to slow down Arizona’s electric quarterback Kyler Murray, who has led the Cardinals to a 3-2 start. Dallas is allowing an NFL-worst 36.0 points per game and ranks 27th in total defense (404.4 yards). Arizona is dealing with a key injury as well, with star linebacker Chandler Jones suffering a season-ending torn biceps. He was the runner-up for NFL Defensive Player of the Year last season with a career-best 19 sacks.

The Cowboys won the last meeting 28-17 in 2017 after Arizona won the previous four matchups. The under has cashed in all five Cardinals’ games this season and the under is a perfect 7-0 in their last seven Monday night games. Arizona is also 8-2-2 ATS in their last 12 games on the road. Dallas is riding a 4-0 over streak because of their high-flying offense and terrible defense. The Cowboys are just 8-20 ATS when playing a team with a winning record and will come into this contest as 2-point underdogs.

Arizona snapped a two-game skid last week with an easy 30-10 road win over the New York Jets. Murray passed for 380 yards to go with one touchdown and one interception and has thrown for 1,299 yards, eight touchdowns and six interceptions while also rushing for 296 yards and five touchdowns on the season. Offseason acquisition DeAndre Hopkins had six catches for 131 yards and one touchdown versus the Jets and leads the NFL in receptions (45) and receiving yardage (528). The running game outside of Murray has struggled with Kenyan Drake going for 60 yards on 18 carries last week. The defense is ranked 10th overall (346.6) and a stingy fourth against the pass (222.4), while allowing just 20.4 points a game. Safety Chris Banjo (hamstring) was a full practice participant on Thursday and is hopeful of returning after a two-game absence. Fellow safety Jalen Thompson (ankle) is practicing and could be activated from injured reserve. Arizona will host the Seattle Seahawks next Sunday.

Despite losing Prescott last week, the Cowboys managed a 37-34 victory over the New York Giants on a late field goal. Dalton replaced Prescott and was 9-of-11 for 111 yards with no touchdowns or interceptions. Dalton has passed for 31,705 yards and 204 touchdowns in his career and was released by the Bengals in late April after using the No. 1 overall draft pick on quarterback Joe Burrow. Ezekiel Elliott ran for 91 yards and two touchdowns on 19 attempts, and should be opposing defenses main focus the rest of the season. Star linebacker Leighton Vander Esch returned to practice Thursday and might be activated from IR. He has missed the past four games since breaking his collarbone in the season opener against the Los Angeles Rams. Dallas will be at Washington next weekend.

I know the Cardinals haven’t played a tough schedule thus far, but this Dallas team has not been playing well even with Prescott in the lineup. I expect Murray to shine under the primetime lights and go off against this terrible Cowboys defense.