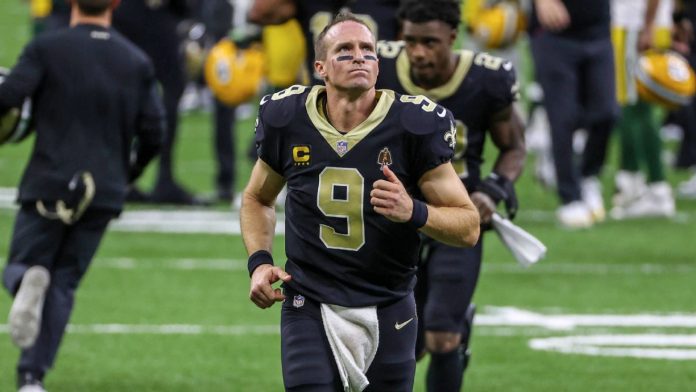 For the third time this season, the Tampa Bay Buccaneers and New Orleans Saints will do battle, but this time it’s win or go home. Saturday’s win by the Green Bay Packers over the Los Angeles Rams means the winner of this NFC Divisional game goes to Lambeau Field next week for the conference championship. Beating a team three times in one season is not easy, but that’s exactly what Drew Brees and the Saints are trying to accomplish. Tom Brady made his Bucs debut in New Orleans way back in Week 1 and the six-time Super Bowl champion struggled in a 34-23 loss to the Saints, throwing two interceptions including a pick-six. In Week 9, Brady played one of the worst games of his career in a 38-3 home loss to the Saints. He threw three interceptions, while Brees had four TD throws. Tampa set an NFL record for fewest rush attempts with five in that contest. Brady threw for 381 yards and two scores in a 31-23 wild card win last week at Washington. It was Tampa Bay’s first playoff victory since they won the Super Bowl after the 2002 season. The Saints took care of business at home last week with a 21-9 triumph over the outmatched Chicago Bears.

The spread for this game opened at 4.5 but was quickly bet down to three and the total has held steady at 52. Brees’ team has won five of the eight career match-ups against Brady, and this will be the first time the two have met in the playoffs. Brees had six touchdowns and no interceptions in the two regular season meetings. The Saints, who are trying to reach the NFC Championship game for the second time in three seasons, have won the last five meetings both straight-up and against the spread.

It took a while for Brady to get going, but the offense has been clicking in the second half of the season. Since the second loss to the Saints, the Bucs have averaged 34 points per game. For the season, Brady has passed for 4,633 yards, 40 touchdowns and 12 interceptions – five of those picks are against the Saints. Brady now has 31 playoff wins as a starting QB in his career, by far the most of any player and probably an unbreakable record. He has beaten 17 different teams in the playoffs and no other QB even has 17 playoff victories overall. Last week in Washington, Brady threw for 381 yards and two scores, becoming the oldest player (43 years, 159 days old) to throw a TD pass in a playoff game. Tampa Bay lost right guard Alex Cappa to a fractured ankle in the win over Washington, while top running back Ronald Jones missed the game with a quad injury and is questionable for this week. Lineback Devin White and defensive lineman Steve McLendon missed the game on the COVID-19 list but both have been activated. The Bucs are 4-2 against the spread in their last six games overall.

The Saints got back two of the NFL’s best offensive players just in time for last week’s wild card game vs. Chicago in running back Alvin Kamara (Covid) and receiver Michael Thomas (injured reserve). Brees threw for two scores, Kamara rushed for one and Thomas caught one – his first of the season. The New Orleans defense dominated dominated the Bears, allowing fewer than 14 points in a playoff game for the first time in franchise history. New Orleans also held the Bears to only 1-of-10 conversions on third-downs. Saints defensive end Trey Hendrickson, who has three of the Saints’ six sacks of Brady this season, missed the game last week because of a neck injury, but he returned to practice on a limited basis Wednesday. Special teams could play a factor and the usually reliable Will Lutz missed a field goal and has missed four of his past seven. The team did sign veteran kicker Blair Walsh to the practice squad Monday just in case. The Saints are 7-3 against the spread in their last 10 home games against Tampa Bay.

This should be a tightly-contested game, but in the end, the Saints defense will be the deciding factor. New Orleans has also dominated Tampa Bay over the last few seasons, winning five in a row and covering the spread in each of those.