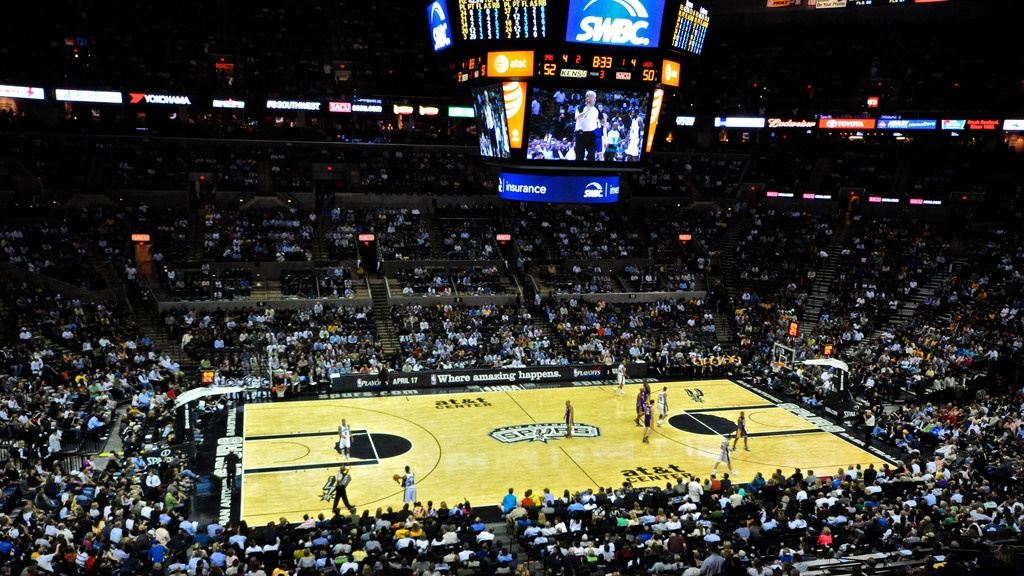 The San Antonio Spurs are in the middle of a bad slump at the wrong time. With only five games remaining, San Antonio is clinging onto the final spot for the play-in tournament coming up next week. The Spurs, who have dropped six of their last seven, have a two-game lead over the New Orleans Pelicans for the 10th seed and are two behind ninth-seeded Memphis. It won’t get any easier, as the Spurs’ remaining five games are against teams with winning records starting with the red-hot Milwaukee Bucks on Monday night at the AT&T Center in San Antonio. The Spurs are just 13-20 at home and will play there three more times. San Antonio is coming off a 124-102 road loss to the Portland Trail Blazers after winning 113-104 in Sacramento the night before. The Bucks come in with a lot of momentum, winning five straight and eight of 10 after a 141-133 win at home over Houston on Friday. Milwaukee is currently third in the Eastern Conference behind Philadelphia and Brooklyn. The Bucks, who are a half-game behind Brooklyn in the standings, owns the tiebreaker with the Nets should the two teams end the regular season tied. The Bucks have five games remaining including two sets of back-to-backs. The home team has won each of the last six meetings with San Antonio covering five of those contests. The over has also cashed in the last six meetings.

All five starters plus two bench players scored in double-figures for the Bucks against Houston on Friday. Brook Lopez led the way with 24 points, followed by Khris Middleton’s 23 and Giannis Antetokounmpo’s 17 points and 11 rebounds. Bobby Portis scored 16 points off the bench in just 15 minutes of action, while also contributing eight rebounds. The 141 points was Milwaukee’s highest output of the season and lead the league with 119.9 points per contest. Despite winning six of seven, the Bucks are just 4-3 ATS in that span and the under is 6-3 in their last nine. The Bucks return home to host the Orlando Magic on Tuesday night.

San Antonio was up by nine points early on Saturday night in Portland, but quickly ran out of gas in the second of a back-to-back. The Spurs were outshot 46.4 percent to 39.8 percent from the floor and outrebounded 63-40. DeMar DeRozan led the team with 20 points, while Lonnie Walker IV scored 18, Dejounte Murray 15 and Rudy Gay 11 off the bench. Despite the bad stretch the team is currently on, they are 3-3-1 ATS in their last seven and the over is 5-3 in the last eight. The Spurs will go back on the road to face the Nets and Knicks on back-to-back nights beginning on Wednesday.

Normally, I would take the home underdog getting this many points, but these two teams are going in opposite directions right now. The Bucks seem to be in playoff form and should win this one by double-digits.