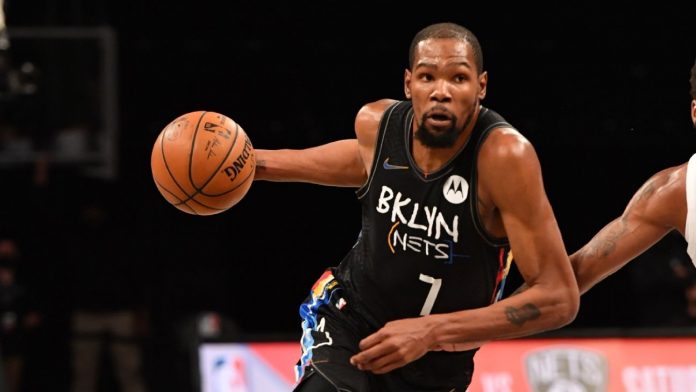 Boy, how this series has changed. After two games of the Eastern Conference Semifinals, the Brooklyn Nets were looking like legitimate Finals contenders, but as we’ve seen all season long, injuries can change everything. The Nets will look to rebound after losing both games in Milwaukee, but will have to do it without two if its three superstars. Brooklyn is down to Kevin Durant after Kyrie Irving sprained his ankle during the 107-96 setback in Milwaukee on Sunday. James Harden has been out since the opening minute of Game 1 with a hamstring injury and has been ruled out for Game 5. The series is tied at two games apiece with the home team winning all four games. The Bucks will come in as 4-point favorites in this one and the winner will get a chance to close the series in Milwaukee on Thursday and advance to the conference finals. Game 7, if necessary, would be Saturday in Brooklyn. Durant scored 28 points but shot 9-of-25 from the floor in Game 4 with Irving’s 11 points being the second-highest total for the Nets. Brooklyn shot a paltry 10-of-33 from long range and turned the ball over 17 times. Milwaukee’s defense has tightened up, holding the Nets under 100 points in consecutive games. The Bucks improved to 14-4 straight up in their last 18 games and are 8-3 SU in their last 11 games in Brooklyn. The Bucks are now -154 favorites to win the series. Oddly enough, the Nets are still +225 favorites to win the NBA Championship.

In Game 4, Giannis Antetokounmpo had a game-high 34 points and team-high 12 boards. Khris Middleton finished with 19 points and eight assists, as the two big guns for Milwaukee came through. The Bucks’ three-point shooting also improved a bit. In Games 1-3 they shot a combined 20-for-88 (22.7 percent) from deep, but they nailed six triples by about the three-minute mark of the second quarter in Game 4. After a dreadful outside shooting performance in Games 1-3, Antetokounmpo relied more on driving the net in Game 4. P.J. Tucker made three triples on Sunday, finishing the game with 13 points. Middleton has averaged 27.0 points on 47.4 percent shooting from the field in the last two games. The Bucks are 6-1 against the spread in their last seven games against a team with a winning record.

With the absence of Irving and Harden, most of Milwaukee’s defense has shifted their focus on Durant. Despite this, Durant still finished with a team-high 28 points and game-high 13 rebounds but shot poorly. Durant needs the likes of Joe Harris, Mike James, and Blake Griffin to help him carry the load on offense against a Bucks team that has a second-life. The bench logged a lot of minutes and Jeff Green led the way with 8 points as eight reserves scored at least two points. The Nets are 4-0 against the spread in their last four games playing on just a day of rest.

It’s really hard for me to lay four points on the road against the Nets, but I’m doing it here. As good as Durant is, he can’t do it alone. The duo of Giannis and Middleton are gaining confidence and should lift this Bucks team to a road win and cover in Brooklyn.