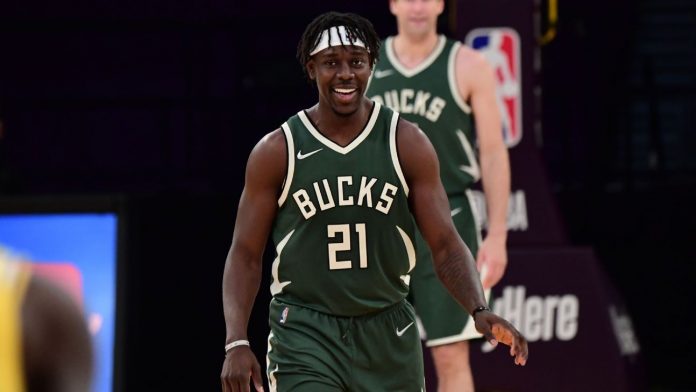 The Milwaukee Bucks finally started a game with some urgency and are now one win away from reaching the NBA Finals, which starts next Thursday in Phoenix, Az. Game 6 of the Eastern Conference finals takes place on Saturday night in Atlanta, as the Hawks try and bounce back from a poor defensive effort to force a Game 7 on Monday. The Hawks are 2-point favorites on the NBA odds board with a total of 216.5. The Bucks led from start to finish on Thursday en route to a 123-112 home win after getting blown out in Atlanta in Game 4. Milwaukee jumped out to a 30-10 lead less than nine minutes into the game, but the Hawks were within single digits late in the third quarter before the Bucks pulled away.  A 9-0 run between the end of the third quarter and the start of the fourth put the Bucks up 96-78 and the Hawks never got within single digits again. Both teams played without their No. 1 stars and might not have them again on Saturday. The Bucks were without Giannis Antetokounmpo with a hyperextended knee, while the Hawks played without Trae Young, who is nursing a bruised right foot. Milwaukee is 5-2 against the spread in the past seven meetings and the under is on a 5-0 run in Atlanta.

The Bucks dominated Game 5 in the paint without the Greek Freak, outscoring Atlanta 66-36 inside. Center Brook Lopez took control, nailing 14-for-18 from the field for 33 points, with 26 of those coming in the paint. That tied Antetokounmpo for the second-most points in the paint by a Bucks player in a playoff game over the last 25 years. Sixth-man Bobby Portis started for Giannis and had 22 points and eight rebounds. Khris Middleton (26 points, 13 rebounds) and Jrue Holiday (25 points, 13 assists) were also dominate. Milwaukee is now 7-5 straight-up this year without Giannis. The Bucks are 1-6 ATS in their past seven as road dogs, but 4-1 against the spread in their last five games overall.

The injury to Young appears less serious than Antetokounmpo’s and probably could have gone in Game 5, but just needed a few more days of rest. As of now, Young is being called game-time decision for Game 6. Lou Williams started for Young again and had 17 points and five assists. Bogdan Bogdanovic, who is also playing hobbled, had 28 points, while John Collins contributed 19 points and eight rebounds. Center Clint Capela is dealing with an eye injury and played only 21 minutes and the Bucks took advantage of that. The Hawks have been down 3-2 in a best-of-seven series 20 times previously and won just three of those. The Hawks are 4-0 against the spread in their last four games as a favorite.

Milwaukee needs to do exactly what they did in Game 5, and that’s come out of the gates with intensity and sense of urgency. They didn’t do that in Game 4 and got blown out. The Bucks came in with a good game plan and I think that will work again, even on the road. I’m taking Milwaukee to close out the series.