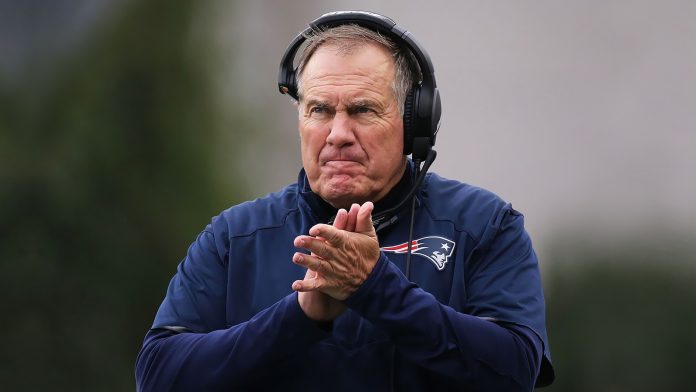 With Baltimore’s shocking loss to the Miami Dolphins on Thursday night, the AFC North is now completely wide-open heading into the second half of the season. The Cleveland Browns can make that race even tighter when they visit the New England Patriots on Sunday afternoon in Foxborough, Mass. The Browns’ defense was scorched in back-to-back losses to the Chargers and Cardinals, but they have turned that around with three-straight defensive gems, going 2-1 in that span. Cleveland is coming off their biggest win of the season in a 41-16 route of rival Cincinnati last week and have allowed 16 or less in their past three contests. It was Cleveland’s first game following the release of former All-Pro wide receiver Odell Beckham Jr., – coincidence? The Browns could be without star running back Nick Chubb after he was placed on the team’s reserve/COVID-19 list. Chubb, who is vaccinated, will have to produce negative COVID tests 24 hours apart to be able to play on Sunday.

Don’t look now, but New England is starting to gain some momentum at the halfway point of the season after a 24-6 win at Carolina last Sunday. The Pats have now won four of their last five and have their first three-game winning streak since 2019. The Buffalo Bills still lead the AFC East, but that lead is down to just a half-game and they still have to play the Patriots twice more. New England is a perfect 4-0 away from home this season, but 1-4 at Gillette Stadium and are 2.5-point favorites coming into this contest with Cleveland. The Patriots have won each of the last three meetings including a 27-13 win during the 2019 season as Tom Brady outdueled Baker Mayfield. New England is 6-2 ATS in the last eight encounters going all the way back to 2001.

The Beckham Era in Cleveland ended the same way it ended in New York, with the star receiver begging to leave. Beckham finished with 1,586 receiving yards and just seven touchdowns in 29 games with the Browns, and will take his talents and attitude to Hollywood to play for the L.A. Rams. Without Beckham last Sunday, the Browns offense did just fine with Mayfield completing 14-of-21 passes for 218 yards, two touchdowns and zero interceptions. Meanwhile, Chubb ran all over the Bengals with 137 rushing yards and two touchdowns on 14 carries. He had a monster game at New England two years ago, but his status is still up in the air. Fellow Browns running backs Demetric Felton and John Kelly were also placed on the COVID list, leaving D’Ernest Johnson as the team’s lone healthy back as of midweek. Cleveland was without star defensive end Myles Garrett (foot) at practice on Wednesday as well as wideout Jarvis Landry (knee), defensive end Takk McKinley (groin) and defensive tackle Malik Jackson (ankle).

The Patriots missed out on a shot to land Beckham, who would have probably been a good fit in New England, who passing attack ranks in the middle of the pack league-wide at 238.8 yards per game. Currently, Jakobi Meyers leads the team in receptions (46) and yards (434) but is still looking for the first receiving touchdown of his career. Mac Jones has been steady but unspectacular under center for the Pats of late and has completed just 57 percent of his passes the last two weeks, while averaging 178 yards. Still, the Patriots have started to run the ball well with rookie running back Rhamondre Stevenson rushing for 62 yards against the Panthers while Damien Harris ran for a touchdown in his fourth straight game. However, both Harris and Stevenson entered concussion protocol after leaving the game in Carolina and their status is uncertain for Sunday. The defense is ranked fourth in points allowed with just 18.9 per game and the unit leads the league with 13 interceptions.

I’m taking the Patriots in this one at less than a field goal. Cleveland looked good last week, but before that, they were terrible. New England is picking up steam and should be able to win this by at least three points.