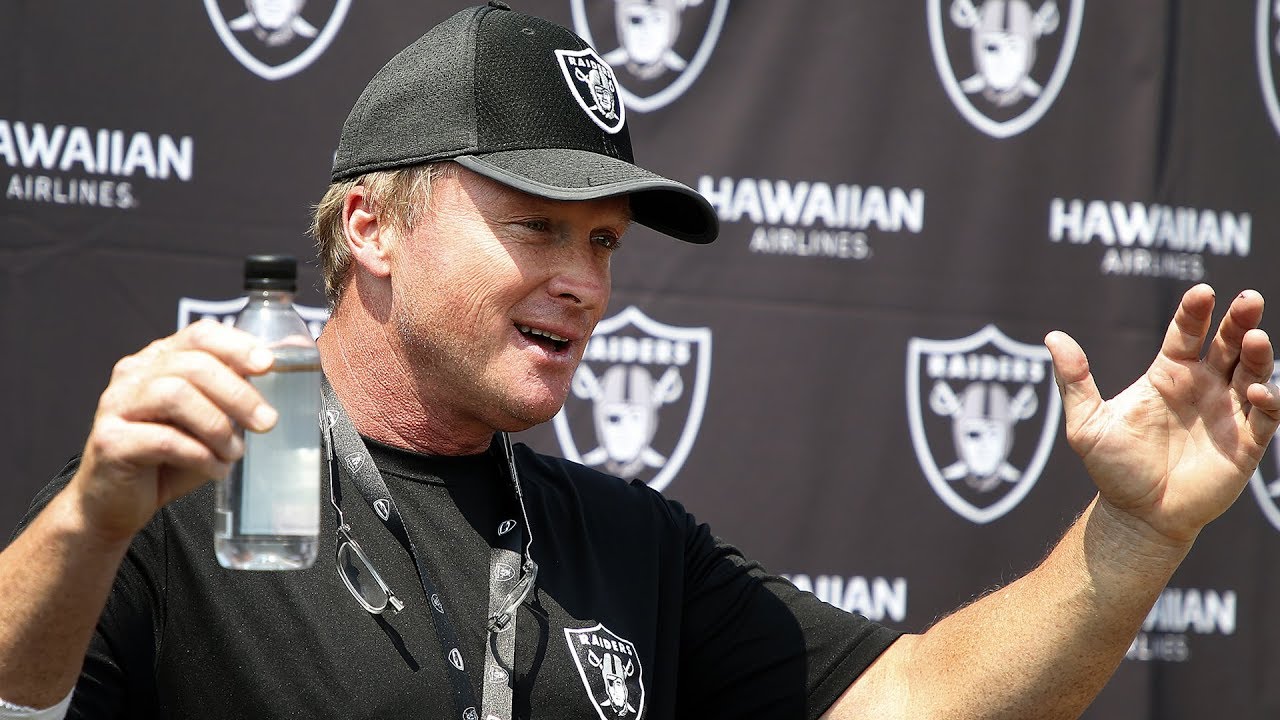 It has been a whirlwind few weeks for the Oakland Raiders leading up to their Week 1 contest with the Denver Broncos but the distraction is gone. Oakland and Denver will conclude the Week 1 NFL schedule with a Monday Night tilt at the Coliseum in what will be the last season before the Raiders move to Las Vegas. The Antonio Brown saga is over in Oakland after the team granted his Instagram request to be released on Saturday. Brown has 686 receptions and 9,145 yards since 2013 – the most in NFL history for a six-year period – and immediately signed with the defending Super Bowl champion New England Patriots. It seemed like the relationship was doomed from the start after Brown suffered frostbite on his feet during a cryotherapy treatment, refused to wear a new helmet even though the NFL mandated that all players must use a newer, approved model and had a heated exchange with first-year general manager Mike Mayock. The Broncos are coming off a 6-10 season and have a new head coach in Vic Fangio while veteran Joe Flacco takes over under center. Denver was the second-most penalized team in the league last year and Fangio will try to instill some discipline. The Raiders hold a 64-53-2 edge in the all-time series and the home team has won the last six meetings, going 5-1 ATS in that span.

Denver owns the league’s longest active streak by winning seven straight season openers and have the highest Week 1 winning percentage at .672 (39-19-1). Flacco hopes to keep his career going after losing his job in Baltimore last season to Lamar Jackson and needs just 1,755 passing yards to reach 40,000. Running back Phillip Lindsay became the first undrafted offensive rookie to make the Pro Bowl after collecting 1,037 yards on the ground and is completely healed from a broken wrist that forced him to miss the final game of 2018. The Broncos’ offense ranked 24th in scoring (20.6) and 19th in passing (230.9) a year ago and first-year coordinator Rich Scangarello will be tasked at bringing the unit back to life. The defense is still the strength of the team with Von Miller (14.5 sacks last season, 98 career), Bradley Chubb (12 as a rookie in 2018), and cornerback Chris Harris leading the unit.

With Brown out the door, Tyrell Williams will likely be the No. 1 guy among a group of no-name receiver. Williams comes over from the Chargers where he caught 153 passes and scored 16 touchdowns over the last three seasons. Quarterback Derek Carr set career-highs in completion percentage (68.9) and passing yards (4,049) but also had a career-low 19 touchdown passes while being sacked 51 times, as the Raiders ranked 28th in scoring. Oakland selected running back Josh Jacobs with the 24th overall pick and will immediately step into the starting lineup. The Raiders allowed the most points in franchise history last season and the most glaring weakness was a lack of pass rush. The defense totaled an NFL-low 13 sacks and only one from an edge rusher.

Neither one of these teams is heading to the playoffs this year with the Chiefs and Chargers clearly the class of the division, but it’s always a fun rivalry to watch. It will be interesting to see how the Raiders react after all the turmoil. I think it’s a big relief just like it was for the Steelers after they got rid of Brown. I’m sticking with the home team trend in this series – 5-1 ATS and 6-0 SU in the last six meetings is the home team.