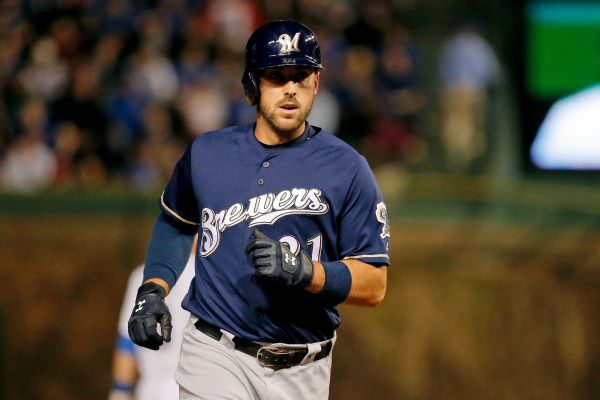 A pair of second place teams will begin a key three-game weekend series on Friday night, as the Milwaukee Brewers visit the Atlanta Braves in Cumberland, Ga. The Brewers begin a big road trip after splitting a six-game homestand that ended in a brutal 8-4 loss on Thursday to the last-place San Diego Padres. The Brewers carried a two-run lead into the ninth inning against San Diego before three relievers melted down in an 8-4 defeat. Milwaukee is still the top NL Wild Card team, one game ahead of Atlanta, but are still within striking distance of the Chicago Cubs in the NL Central race. The Braves were forced to cover six innings with a pair of pitchers making their big-league debuts in a 6-3 loss at Washington. Atlanta lost starting pitcher Anibal Sanchez in that contest when was struck in the left calf with a comebacker in the second inning, two days after the Braves lost Max Fried when he was hit with a line drive. The move to lift Sanchez was precautionary, as he’s expected to make his next start. This series will have the top three hitters in the National League – Atlanta’s Nick Markakis (.323) and Freddie Freeman (.318), and Milwaukee’s Christian Yelich (.319). Freeman extended his hitting streak to 11 games with three hits Thursday, but the Braves fell for just the third time in their last 11 games. Milwaukee has dropped three of its last four games but did take three of four in early July when they hosted the Braves. Milwaukee closer Corey Knebel walked three hitters in the ninth Thursday and gave up four runs, taking the loss for the second time in his past three appearances.

Rookie Freddy Peralta is arguably the best pitcher on this staff and will make his 11th start on Friday. He has allowed just 27 hits in 53.1 innings and has held opponents to two runs or fewer in six of his 10 starts. Peralta beat Colorado on Saturday, striking out eight while allowing two runs on two hits in six innings. He averages 12 strikeouts per nine innings and owns a 1.03 WHIP. Peralta allowed one run on three hits with six strikeouts over six innings to defeat the Braves on July 6th in Milwaukee.

Kevin Gausman will make his second start for Atlanta and was defeated in his first outing on Saturday against the New York Mets, giving up three runs on six hits across five innings of a 3-0 loss. Gausman went 5-8 with a 4.43 ERA in 21 starts for the Orioles – receiving two runs or fewer of run support in eight of those appearances. He has allowed three runs or fewer in eight of his past 10 starts.

This should be a terrific series as these two Wild Card contenders are thinking higher than that with their respective divisions still up for grabs. I really like this Peralta kid and the Brewers play well for – 7-3 in his 10 starts including 6-1 in night games. I like Milwaukee in the opener based on the pitching matchup.