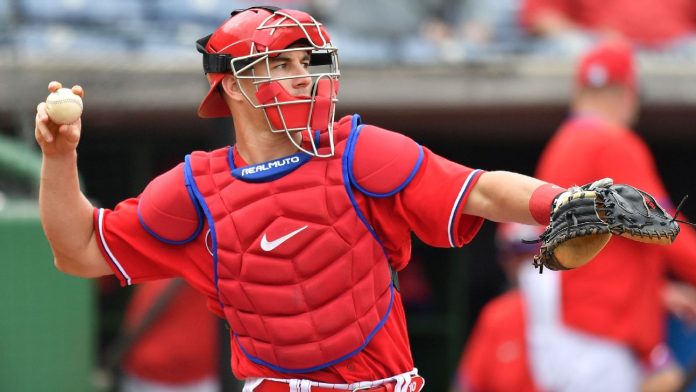 Two red-hot National League East teams that are chasing the New York Mets will battle in Philadelphia on Tuesday night. The third-place Phillies host the second-place Atlanta Braves for the first of three games at Citizens Bank Park. This will be the Phillies first home game since losing their best player, Bryce Harper, to a fractured left thumb after being hit by a pitch from Blake Snell on Saturday night. Philadelphia went on to win that game 4-2 and followed it up with an 8-5 win on Sunday to take three of four from the San Diego Padres. The Phils have won 18 of its past 24 games and are within eight games of the first-place Mets and just two games back of the St. Louis Cardinals for the final wild card spot. They now face a team that’s even hotter than them.

The Braves have won 19 of their past 24 games, which began with a 14-game winning streak. Star outfielder Ronald Acuna Jr. sat out Sunday’s 5-3 loss to the Los Angeles Dodgers with bone bruise on his left foot after fouling a ball of it on Saturday. Atlanta took three of four from the San Francisco Giants to begin their homestand last week before dropping two of three from the Dodgers. Kenley Jansen blew his fourth save of the season on Sunday when he allowed his former team to tie the game up in the ninth before Los Angeles won in 11 innings. The Braves and Phillies split a four-game set in Atlanta near the end of May and three of the four went Over the total. Philadelphia is a slight -110 favorite in Tuesday’s contest with a total of 8.

Charlie Morton will get the start for Atlanta in the series opener and he hasn’t lost in his last nine starts. However, he’s posted on three wins in that stretch and received a no-decision last time out against the Giants. Morton gave up just three hits and two runs, while striking out 11 over seven innings. The right-hander is 5-5 with a 4.78 ERA in 13 career starts against Philadelphia and was hit for nine hits and four runs in 4 1/3 innings on May 25.

Zack Wheeler had a solid outing for the Phillies against the Braves back on May 23. The righty struck out 10, while giving up just two runs over 6 2/3 innings. The Phillies went on to win that game 7-3. In 22 career starts against Atlanta, Wheeler is 9-7 with a 3.20 ERA. Wheeler gave up four runs (two earned) and seven hits over 4 1/3 innings last Wednesday against the Texas Rangers.

Wheeler has been outstanding this year for the Phillies and is 4-2 with a 1.49 ERA and 0.85 WHIP at home. Philly roughed up Morton last time out and I’m not worried about Harper being out. The Phillies still have a pretty solid lineup.