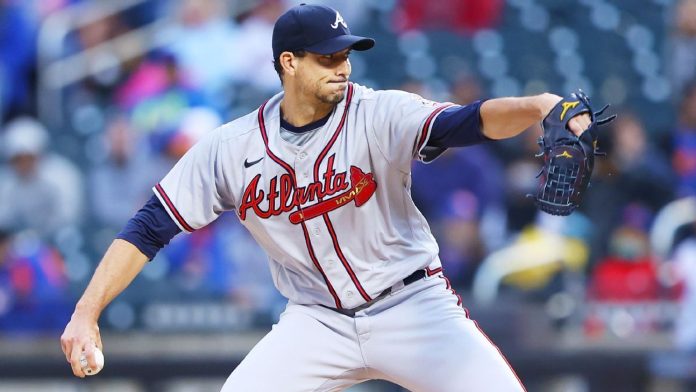 The Los Angeles Dodgers are in a familiar position heading into Game 3 of the National League Championship series on Tuesday night. In the 2020 NLCS, the Atlanta Braves had a 2-0 series lead – just like now – and built it to 3-1 before the Dodgers rallied to win the series in seven games and eventually won the World Series. Those games last year were played in Arlington, Texas. Even though the Dodgers have almost 20 more wins than the Braves for the season, L.A. had to start on the road because Atlanta won their division and the Dodgers didn’t. Atlanta took the first two games of this year’s series behind a pair of walk-off singles. In Game 1 on Saturday, Austin Riley’s RBI single in the ninth won it for Atlanta and it was a two-run rally in the eighth inning that propelled them to victory. The Braves scored two runs off Dodgers 20-game-winner Julio Urias, then won it in the ninth on Eddie Rosario’s RBI single off closer Kenley Jansen.

The Dodgers are just 2-for-18 with runners in scoring position in the series after getting shutout twice by the San Francisco Giants in the NLDS. Dodger Stadium has been a house of horrors for the Braves, having lost 11 of the last 12 their including a three-game sweep in late August.

Charlie Morton will get the start for Atlanta and wasn’t sharp in his last outing against the Milwaukee Brewers in the NLDS. The veteran right-hander lasted just 3 1/3 innings and allowed four hits and two runs. Morton faced the Dodgers twice during the regular season and was rocked at home by them, but pitched six solid innings in L.A. on August 31st. Last year as a member of the Tampa Bay Rays, the Dodgers got to him for five runs in 4 1/3 innings of a 6-2 victory.

Walker Buehler will start Game 3 for the Dodgers after he went 16-4 during the regular season. In three lifetime starts against them during the regular season, Buehler is 2-0 with a 2.79 ERA. In three postseason starts against Atlanta, he has allowed six runs over 16 innings with 20 strikeouts and eight walks. Buehler allowed one run over 4 1/3 innings last week against the Giants in the NLDS. L.A. went on to win that game 7-2.

The Dodgers are back home now, but the Braves do have the momentum. Morton has always been good in the postseason and won’t be afraid of the atmosphere. This should be another close contest and it’s smart to take the dog in these situations. The Dodgers are just 3-4 since their wild card win over St. Louis, while the Braves haven’t lost since Game 1 of the NLDS.