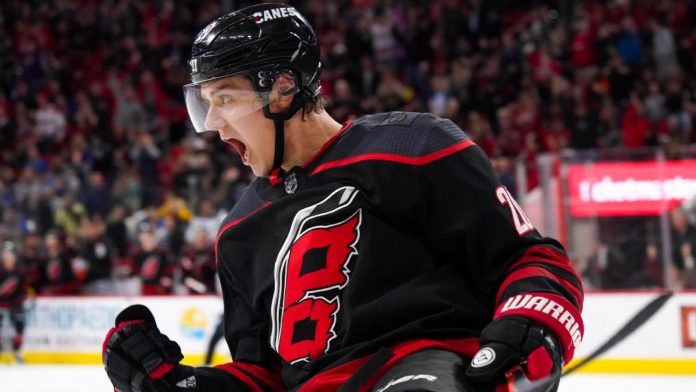 Stanley Cup contenders will face off against each other when the Florida Panthers head to Carolina to face the Hurricanes on Wednesday. Puck drop is at 7:30 PM ET at PNC Arena. This is the third meeting between the two this season and the Panthers have taken the first two.

The Hurricanes have leveled off since starting the season 9-0 and are now second in the Metropolitan division behind the surging Pittsburgh Penguins. They entered the All-Star break with wins in seven of eight games, but since the return, they’ve gone 1-2-1. The Hurricanes’ All-Star representative, goaltender Frederik Andersen, continues to have a strong season and currently has the most wins in the league (25).

Panthers’ left winger Mason Marchment scored six goals and recorded six assists in a four-game span prior to the All-Star break. Unfortunately for the Panthers, in their first game following the break, Marchment, and the Panthers’ offense stalled in a 5-2 loss to the New York Rangers, with their two goals coming from Anthony Duclair and Sam Reinhart.

Get your NHL odds at Bovada today.