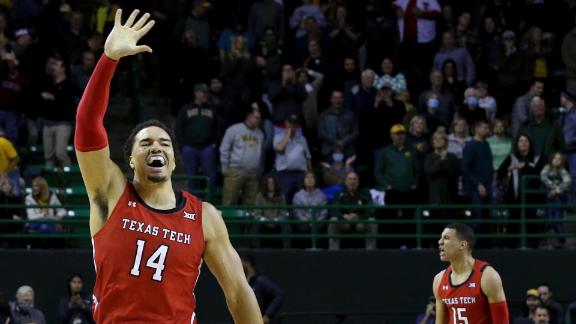 The race for the Big 12 regular season title is basically down to three teams and two of those will square off in a key matchup Wednesday night in Lubbock, Texas. The 11th-ranked Texas Tech Red Raiders host the No. 7 Baylor Bears at United Supermarkets Arena with second place on the line. The Kansas Jayhawks currently lead the conference with a 10-2 mark, followed by Baylor at 9-3 and Texas Tech at 8-4. The Red Raiders already own a win over the Bears this season and would own the tiebreaker with a win on Wednesday. Texas Tech has won four of their last five games after an 82-69 home win over TCU on Saturday as 10.5-point favorites. They have covered the spread in seven of their last eight games overall and are a perfect 15-0 at home.

The Bears are fighting through key injuries but are still excelling. They were the No. 1 team in the country before the Red Raiders came to town on Jan. 11 for a 65-62 upset win. Baylor lost the next game to Oklahoma State but are 6-2 since then and 5-3 against the spread. The Bears are coming off a dominating 80-63 home win over Texas on Saturday despite not having their leading scorer, foul trouble for starter Matthew Mayer and an early first-half injury to key reserve Jonathan Tchamwa Tchatchoua. He tore multiple ligaments in his left knee in the non-contact injury and will be lost for the remainder of the season. The Bears led by 13 points at halftime and Texas never got closer than 11 points. Baylor is 9-2 away from home and 6-4-1 ATS.

Baylor has bounced back nicely since an embarrassing defeat at the hands of the Kansas Jayhawks early this month. Since then, the Bears have beat up Kansas State and Texas to climb three spots in the AP rankings. The Bears had all starters score at least 10 points in the win over the Longhorns, led by Adam Flagler’s 20 points with four 3-pointers. James Akinjo added 15, Flo Thamba contributed 12 points and a season-high 11 rebounds and Kendall Brown and Mayer scored 10 points each. With Tchamwa Tchatchoua injured, Thamba played 30 minutes and racked up the first double-double of his four-year Baylor career. Overall, the Bears shot 50 percent from the floor, something they couldn’t do in the first meeting with the Red Raiders. In that 65-62 loss, the Bears made only 41.1 percent of their shots, but did get more attempts and had more trips to the foul line. Baylor is eighth in the nation with 117.9 points per 100 possessions. Leading scorer LJ Cryer has missed the past five games with a foot injury and is questionable for Wednesday.

The Red Raiders rebounded from a 70-55 road loss to the Oklahoma Sooners by beating the TCU Horned Frogs at home in their most recent outing. Terrence Shannon scored 20 points off the bench and is probably looking forward to meeting Baylor after missing the first meeting. On the season, Shannon is second on the Red Raiders with 11.6 points per game. The Red Raiders, who played the game without injured guard Kevin McCullar, used a big 31-7 run in the first nine minutes of the second half to take control. Bryson Williams scored 16 points, Davion Warren 12 and Adonis Arms 11 points. Texas Tech’s bench scored 36 points and forced 20 turnovers that led to 26 points.

This is a great matchup of offense versus defense. I’ll take the defense and the home team here. The Red Raiders really make it difficult for opposing offenses and they are undefeated at home.