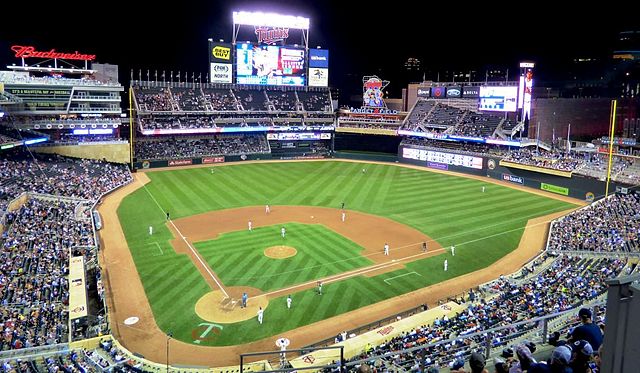 Up until yesterday, the Minnesota Twins had not lost two games in a row all season. With an 8-4 record that was good enough for 2nd place in the NL Central, they came into Toronto and dropped consecutive games for the first time all season and for the first time in Rookie Manager Rocco Baldelli’s tenure with the team.

Wednesday the Twins will try to get back on track against the 7-11 Blue Jays in the final game of a four game series. To do so, they will start Jake Odorizzi (0-2, 6.35 ERA) on the mound. Odorizzi has only had one previous start this season back on March 30th against the Cleveland Indians. In that game, he pitched six one-hit innings with 11 strikeouts. In his career against the Blue Jays, Odorizzi is 5-3 with a 3.21 ERA.

Find the best online sportsbook software with all the betting options your players want. Make your business grow by letting a professional bookie software handle your players. Sit back and relax while your players enjoy virtual casino games and live casino games, horse racing betting and much more, request a quote here.

For Toronto, rookie Trent Thornton (0-1, 4.61) will get the nod. Toronto has not won a series all season, and winning game three would seal this tilt against the Twins. The teams play again on Thursday afternoon.

The Jays are in a position to pull off the upset thanks to Teoscar Hernandez, who hit a three-run homer in the eighth inning of Monday’s game that gave Toronto a 5-3 victory over the Twins in the series opener. Yesterday, with the teams tied 4-4, Hernandez followed up by hitting a two run single in the seventh that put the Jays on top. Hernandez even had a hand in the final out, as they threw out what would have been the Twins tying run at the plate.

Toronto is lead in all batting categories by SS Freddy Galvis. Galvis, a switch hitter, has 5 HR and a .328 BA with 11 RBI. In the last two games against the Jays, Galvis has 2 hits and one strikeout on a total of 10 at bats.

Twins slugger, LF Eddie Rosario, had a Home Run in yesterday’s game, Rosario leads the team with 14 RBI and 4 HR, and his three-run dinger yesterday in the bottom of the sixth tied the game 4-4.

Injury wise, the Jays are without relief pitchers Matt Dermody, who is day to day and Ryan Tepera, who is on the 10-day DL. The Twins have it a little worse, with 4 players on the 10 day DL (SP Matt Magill, RP Gabriel Moya, 3B Miguel Sano and RP Addison Reed) and RF Alex Kirilloff listed as day to day.

The forecast in Minnesota does call for thunderstorms during the day and tapering off at night, so there is a decent chance the game gets delayed.