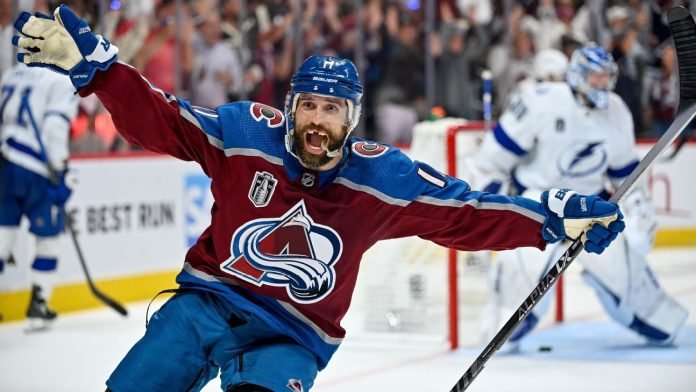 The Colorado Avalanche not only held serve in the first two games of the Stanley Cup Finals, they completely dominated the Tampa Bay Lightning. Now the series shifts back to the Sunshine State for Monday’s Game 3 with the Lightning trailing 2-0 and desperately needing to take the next two games. Tampa Bay has been in this position before and responded. In the first round, they lost the series opener and were down 3-2 before rallying past the Toronto Maple Leafs. After sweeping the Florida Panthers in round two, the Lightning lost the first two games of the Eastern Conference finals at the New York Rangers. They would go on to win the next four. Tampa Bay has lost only once at home this postseason (7-1) however, the Avalanche have won all seven of their road contests.

Colorado became only the third team in Stanley Cup Finals history two score at least three goals in the first period of the first two games of the series, as they have come out with a lot more energy than the Lightning. Colorado outshot Tampa Bay almost 2-1 in Game 1 before pulling it out in overtime. On Friday, the Avs scored seven goals on 30 shots and limited the Lightning to just 16. Colorado forward Andre Burakovsky left Saturday’s game after his hand took the brunt of a puck and did not travel with the team on Sunday. However, he is expected to join the team in time for the game. Flying with the team was second-line center Nazem Kadri, who was injured in Game 3 of the Western Conference finals and hasn’t played since.

Valeri Nichushkin and Cale Makar each scored a pair of goals in the Game 2 route on Saturday night and have had their way in the first two games. Colorado is posting a 60 CF%, 68.95 xGF%, and 64.52 HDCF% – in all even-strength situations. For more on what these stats mean, click here. Burakovsky, Josh Manson and Darren Helm also scored on all-world goaltender Andrei Vasilevskiy. Not only are the Avalanche a perfect 7-0 on the road this postseason, but are a solid 23-9 in their last 32 games away from home dating back to the regular season. The Over is 5-2 in the Avalanche’s playoff road games.

The Lightning have been known to bounce back during the last three postseasons, but they may have met their match in this one. Vasilevskiy had a rough Game 2 and head coach John Cooper decided to keep him in their for all three periods of Game 2. Tampa Bay has the offensively ability to get back into the series with Steven Stamkos, Nikita Kucherov, Brayden Point, Victor Hedman, Alex Killorn, and Ondrej Palat. Tampa Bay is 40-15 in their last 55 games at Amalie Arena and the Under has cashed in each of their last seven on one day rest.

Colorado does look unstoppable right now, but I still have confidence that the two-time defending champions can get back in this series. Every time you count out the Lightning, they almost always seem to bounce back, especially Vasilevskiy.