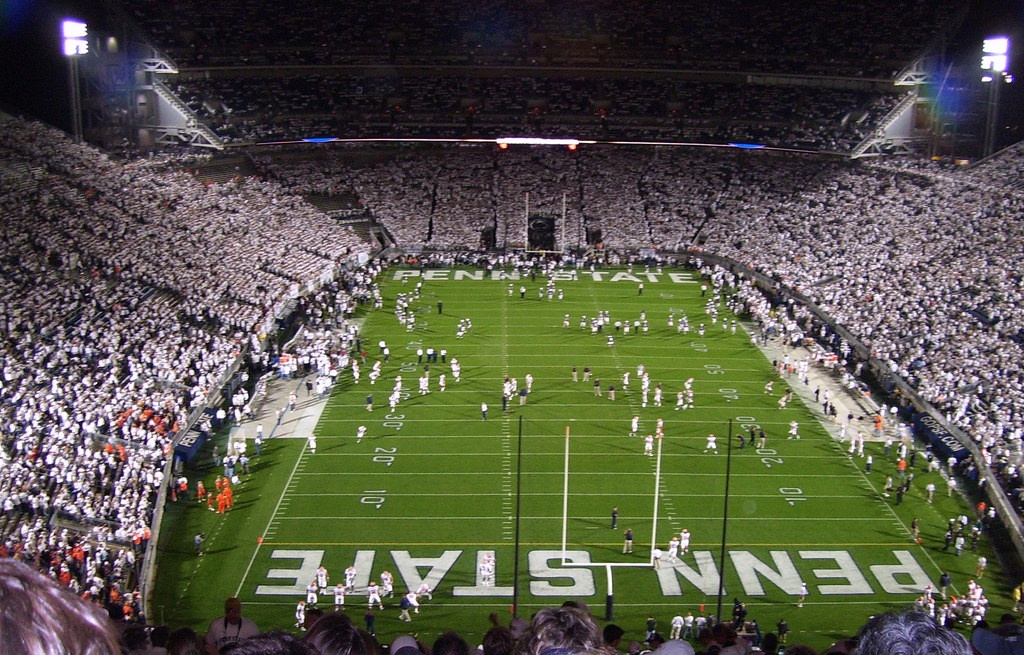 The Auburn Tigers will be tested for the first time this season when they invade a ‘White-Out’ at Beaver Stadium on Saturday night. The 10th-ranked Penn State Nittany Lions will play host to the 22nd-ranked Tigers in a huge SEC/Big Ten clash on ESPN. Auburn has outscored its first two opponents 122-10 and thus league the country in scoring average and scoring defense. The problem is, one of the victories came against FCS Alabama State and one of the worst FBS schools in Akron. Meanwhile, Penn State has wins over then-No. 12 Wisconsin on the road and a 44-13 home win over Ball State last week.

Meanwhile, Franklin’s squad posted a quality 16-10 road win against then-No. 12 Wisconsin in its season opener before rolling to a 44-13 triumph over Ball State in Week 2. This is the third all-time matchup between the teams, but the first in a regular-season contest. Penn State defeated Auburn in the 1996 Outback Bowl, and the Tigers got revenge in a 13-9 Capital One Bowl win in 2003. The Lions opened as 7-point favorites, but the line has been bet down to 5 as of Wednesday evening with a total of 53.

Quarterback Bo Nix and company easily trampled through Akron in Week 1 (60-10) and Alabama State (60-10) last Saturday. The ground game of Auburn is one to watch out for also. Jarquez Hunter and Tank Bigsby had 147 and 122 rushing yards, respectively, against Alabama State, while Nix passed for 109 yards and two touchdowns. Hunter is averaging 15.1 yards per carry, while Bigsby is rattling off 10 yards per touch. Through two games, Nix has completed 74.4 percent of his passes for 383 yards, five touchdowns and no interceptions. Eleven different Tigers have a reception of at least 10 yards through the first two games. Auburn leads the nation in rushing defense, having given up a total of 43 rushing yards in two games. Zakoby McClain leads the team with 17 tackles.

Penn State is allowing just 11.5 points per game so far this season and the success against Wisconsin is proof that the Nittany Lions’ defense is legitimate. The defense forces Wisconsin to commit three turnovers (2 interceptions, 1 fumble). Penn State already has four interceptions, equaling its total from all of last season. The Nittany Lions of course are known for developing linebackers, and they are led this year by Brandon Smith and Ellis Brooks, who have a combined 27 tackles. Jesse Luketa (nine tackles) intercepted a Ball State pass last week and returned it for a score. As for the offense, Penn State’s ground attack is averaging 145.0 yards per game. Sean Clifford has thrown for 477 yards with a pair of touchdown passes to Jahan Dotson, who leads the team with 167 receiving yards.

I’m laying the points here. Auburn has not been tested yet and their offense will stall against this stout Penn State defense. The Lions have covered six straight games going back to last season and the place will be rocking on Saturday night.