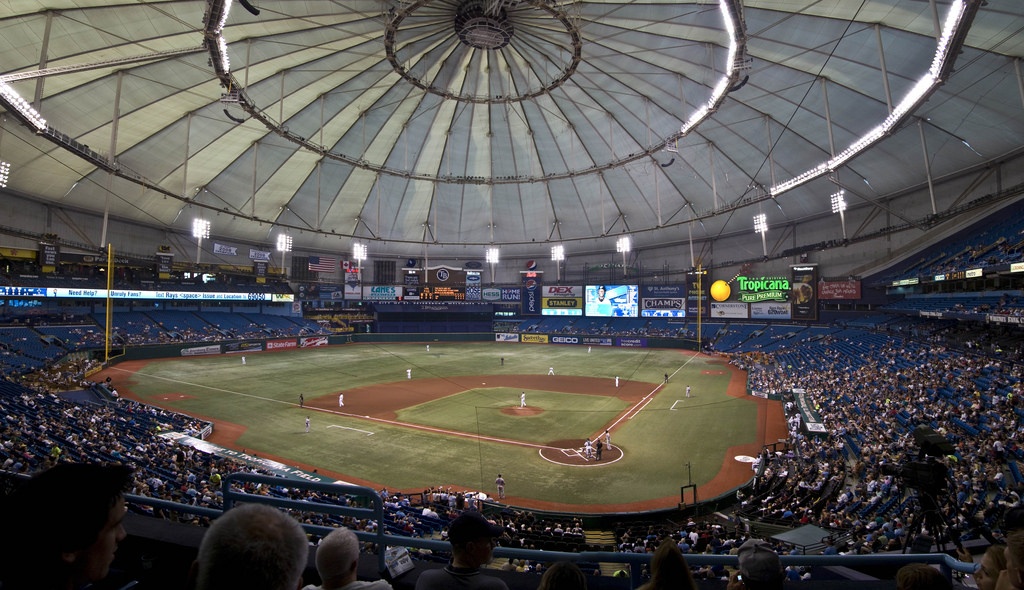 The Oakland A’s 13-game winning streak came to a halt yesterday, but they will try and start another one when they visit the Tampa Bay Rays on Monday night in St. Petersburg, Fla. The A’s offense couldn’t get anything going in yesterday’s 8-1 loss at the Baltimore Orioles, ending the third longest winning streak in Oakland history. Ramon Laureano accounted for the lone run with a solo homer in the top of the fourth off John Means. Oakland had scored four runs or more 10 times during the winning streak, but were held in check by Means. The Rays were also held in check Sunday, losing to the Toronto Blue Jays at home 1-0. Tampa has now lost three of their last four after a five-game winning streak. Kevin Kiermaier had two of the five hits by Tampa Bay, which dropped two of three games in the series. The Rays put two on to start the fifth, but reliever Tyler Chatwood retired Yandy Diaz, Randy Arozarena and Austin Meadows to finish off the threat. The teams split eight meetings in 2019 and six of those contests went under the total. Lefties Sean Manaea and Rich Hill will square off in the first of a four-game set at Tropicana Field.

Manaea has been terrific since opening the season with a dud at home against the Houston Astros. Since that start, the lefty has allowed a total of three earned runs in his last three starts with 18 strikeout to just two walks. Oakland has won all three of those games with a total of 21 runs of support offensively. Manaea was hit hard by Tampa Bay in his last start against them in 2019, allowing four runs in two innings and surrendering three dingers.

Hill has been awful in all four of his starts thus far, allowing four earned runs in each one of them. He lasted just two innings against Kansas City last time out, surrendering four his and four runs and throwing just 40 pitches. Hill’s last start against Oakland came in 2018 as a member of the Dodgers. He allowed just two runs and three hits in 5.1 innings, but issued four walks.

I’m looking for Oakland to start another winning streak here against Tampa. The bats will wake up after a rough day yesterday. Hill has not been good and the Rays have not been a good home team so far this season. Manaea will do just enough to get Oakland the win here.