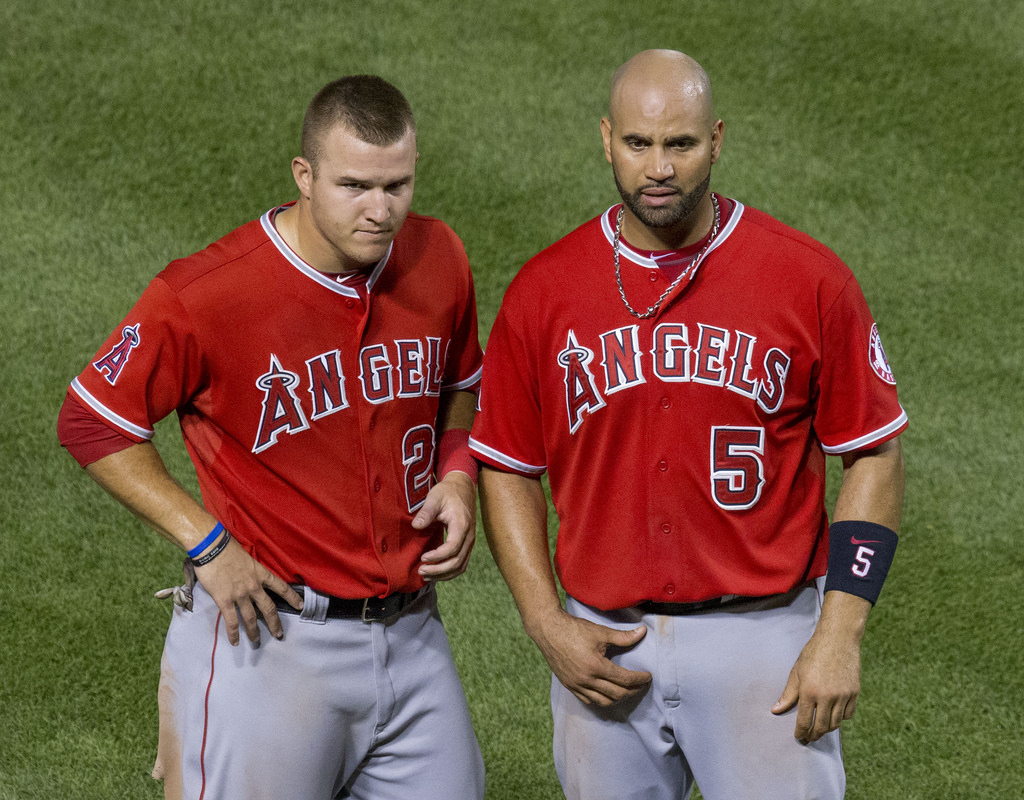 It has been Albert Pujols weekend at Busch Stadium, with the return of one of the best St. Louis Cardinal in team history, but his Los Angeles Angels have dropped the first two games of the series and will try and salvage the finale on ESPN’s Sunday Night Baseball. Pujols, who I’m sure will be featured plenty on the ESPN telecast, has been greeted very warmly all weekend long and did his part on Saturday to help his Angels by smacking his 646th home run. That was about all the offense the Halos could muster in the 4-2 setback, their third straight overall since climbing over the .500 mark and fifth straight against the Cardinals. Justin Upton provided the other run with a solo shot, his third home in six games since returning from a toe injury. St. Louis won for the third time in four games and held their opponents to two runs or less in the three victories and will try and keep that going with Miles Mikolas on the mound, opposing lefty Tyler Skaggs. The Cardinals are now just one game behind first place Chicago in the NL Central and a half-game behind the slumping Milwaukee Brewers for second place. Marcell Ozuna had a two-run blast for the Cardinals, his 20th of the season and is 4-for-7 in the weekend series.

Skaggs has had issues on the road this season, going 4-4 with a 5.27 ERA and has served up all nine of his homers away from home. Oddly enough, six of his seven road starts have gone under, as the Angels have given him little run support in those contests. He is coming off one of his best road outings of the season on Tuesday when he held the Toronto Blue Jays to a run and three hits in a season-high 7.1 innings. Skaggs has one career start against the Cardinals – as a member of Arizona – and it did not go well. He allowed five runs in 5.2 innings back in 2013.

The Cardinals had lost five of Mikolas’ six starts until he finally earned a win last time out by shutting out Miami over six innings in the 5-0 victory on Monday. St. Louis has won five of his eight home starts and Mikolas owns a 2.55 ERA at Busch Stadium this season. His only start against the Angels came in 2014 when he was with Texas and he was hit for five runs – four earned – and nine hits in 5.2 innings.

The Cardinals are starting to gather momentum and are all of the sudden right behind the Cubs in the NL Central. Looking at the pitcher home/road splits, it’s hard not to take Mikolas over Skaggs in this one.