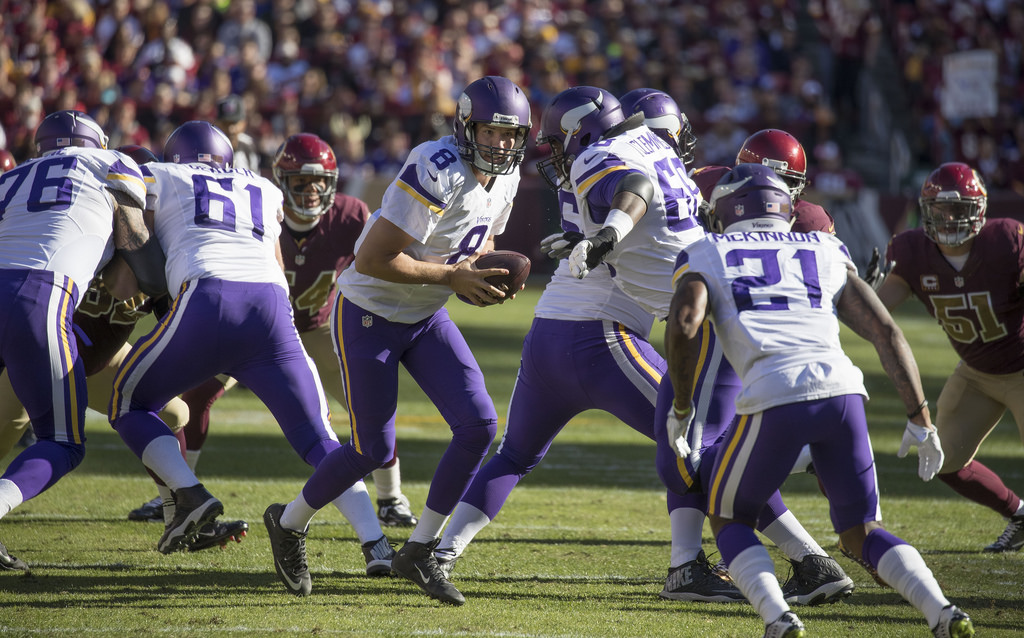 Both the Minnesota Vikings and San Francisco 49ers will look to bounce back from their only preseason losses last week when they meet on NBC’s Sunday Night Football game at U.S. Bank Stadium in Minneapolis. The Vikings were handed a 20-13 loss in Seattle last week, while the 49ers were crushed by the Denver Broncos 33-13. The 49ers hold a 23-22-1 lifetime mark against the Vikings in the regular season, but they haven’t met since the 2015 season when San Fran took a 20-3 win on the opening Monday night game that season. Vikings Head Coach Mike Zimmer has a terrific 13-2 record in preseason games with the Vikings. San Francisco opened up at 4.5-point underdogs in this game with the total set at 42.

New Head Coach Kyle Shanahan has the tough job of getting this team back to respectability. They finished 31st in team offense (308.1) and 32nd in team defense (406.4) a year ago. Free agent QB Brian Hoyer will be in charge of the offense in 2017 and so far this preseason he is 9-for-15 passing for 92 yards and an interception in parts of two games. Fighting for a chance to be Hoyer’s back up has been third-round pick C.J. Beathard out of Iowa. He was 7-of-12 passing for 110 yards and a touchdown in last week’s loss to the Broncos. Feature running back Carlos Hyde touched the ball eight times last week, but may be limited this week. The 49ers will entertain the L.A. Chargers on Thursday then host the Carolina Panthers in Week 1 of the regular season.

Good things came out of last week’s loss to Seattle and that included first-round pick Dalvin Cook out of Florida State. The Rookie running back totaled 50 yards on eight touches and will be the primary back in the Vikings backfield now that Adrian Peterson is in New Orleans. Cook will see action on Sunday, most likely to the same extent as last week. Sam Bradford played the Vikings’ first three drives and finished 7-for-11 with 95 yards, including a 39-yard pass to top target Stefon Diggs, who finished with 4 catches for 65 yards. Minnesota will close the preseason at home against Miami on Thursday then open the regular season against the Saints.

San Francisco has a lot of work to do this season and things didn’t go their way on the road last week. I expect the Vikings backups to have no problem taking care of the 49ers tonight.