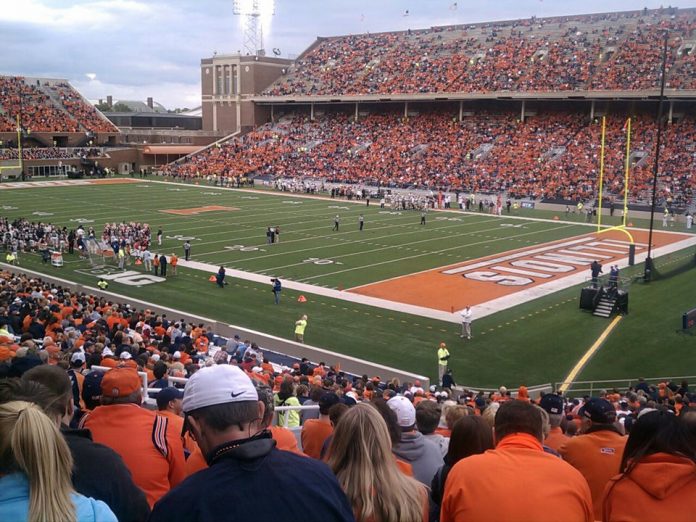 The College Football season kicks off this weekend with a Week Zero matchup featuring the Wyoming Cowboys and Illinois Fighting Illini from Champaign, IL. Game time is set for 4:00 ET and can be seen on the Big Ten Network. MyBookie will be offering all sorts of props and live wagering for this game, so sign up now for an account and claim your $1,000 bonus.

The Illini haven’t had a winning season in a decade, but came very close in 2021. The finished 5-7 and had wins over Penn State and Minnesota, but inconsistency showed when they lost to Rutgers. It was that kind of season under first-year coach Brett Bielema, but the team was very competitive throughout the season. Meanwhile, the Cowboys finished 7-6, capped off with a 52-38 win over Kent State in the Famous Idaho Potato Bowl, but the team finished just 2-6 in the Mountain West Conference. Wyoming is in a rebuilding year with only eight returning starters and predicted to finish fifth in the Mountain Division of the conference. This will be the first ever matchup between the schools. Illinois is an 11-point favorite with a total of 44 as of Wednesday afternoon.

Bielema has not named a starting quarterback for Saturday, but many think it will be Syracuse transfer Tommy DeVito. Art Sitkowski played many snaps for Illinois last year, but DeVito, a once highly recruited quarterback, has more talent. He just couldn’t get anything going with Syracuse and maybe a change of scenery will help. No matter who the quarterback is, we know this will be a run-first offense with an extremely big and talented offensive line. The backfield of junior Chase Brown and sophomore Josh McCray should have big seasons once again. Brown picked up 1,005 yards last year, while McCray added 549 and averaged almost five yards an attempt. On defense, the Illinoi gave up just 22 points a game, but the offense just couldn’t contribute enough.

Wyoming will be guided this year by head coach Craig Bohl, who is in his 9th season with the program. The starting quarterback is now in the hands of Andrew Peasley after both Sean Chambers and Levi Williams transferred out of the program. Peasley has been playing college football for four years now, but doesn’t have a ton of experience. He has two starts and 130 passing attempts. The running backs and wideouts are also new. Wyoming lost Isaiah Neyor to Texas and Xazavian Valladay to Arizona State. But usually, the Cowboys possess a solid running game behind a solid offensive line. Junior Titus Swen gained 785 yards and averaged nearly six yards per attempt last year. The defense allowed a respectable 23.7 points a game in 2021 and is led by linebacker Easton Gibbs, who is the team’s top returning tackler.

Illinois is certainly not the class of the Big Ten, but when it comes to games against non-Power 5 teams, they can dominate. The big difference will be in the trenches, where Illinois will wear out Wyoming as the game goes on. The Cowboys are inexperienced and have a big question at quarterback. Wyoming scored 14 or less in five games last year including being held to 3 and zero points in two of them. I think Illinois wins this easily.