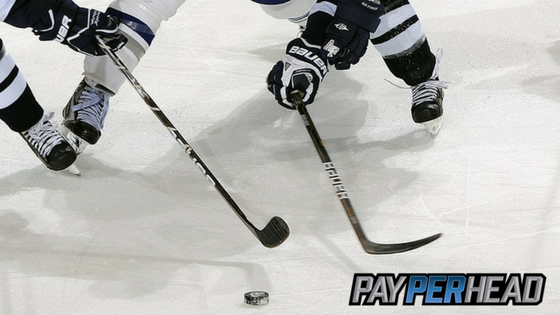 There’s still some hockey action left to play at the World Junior Ice Hockey Championships before the finals on January 5th, 2017.

That doesn’t mean that online bookies shouldn’t be wary of future bets on quarterfinal teams.

See below for those teams along with a prediction of where the action will go as well as some tools to help pay per head agents manage the action.

If you’re an online bookie who wants the best bookie tools in the industry, PayPerHead.com is offering a free upgrade to it’s premium per head software. Grow your business with PayPerHead.com today.

Both teams are into the quarterfinals. The Canadians appear salty. They are the host nation and, as always, Canada is loaded with young talent, but they aren’t running away with the tournament.

With 6 points, Sweden ran away with Group A. The Swedes were one of the favorites to win the 2016 World Junior Hockey Championships.

They failed. The Swedes appear determined to make amends for their terrible showing last year. The Swedes have looked terrific in 2 games.

The Russians and Czechs should garner a lot of action from players. Pay per head agents must pay attention to both teams.

Russia, with 4 points, is in second place in Group B behind Canada and the U.S.

The Russians have the tournament’s top player so far in Krill Kaprizov. Kaprizov has scored 4 goals and dished 3 assists in 2 games played. That’s remarkable.

The Czechs have a respectable 1 win and 1 overtime loss.

Per Head Tools to Use

Online bookies should utilize the max betting limit to prevent losses on Russia, Canada, the USA or Sweden.

The Czechs could sneak away with a gold medal tournament win. They’re good enough to do it. But, the betting should be on those 4 teams with most of the money going to USA.

Another tool to use is the schedule limit override. Shutting off future betting for any sport at certain times is important.

In the case of the World Junior Hockey Championships, USA and Canada figure to garner the most future wagers. Managing wagering on both teams is easy with the schedule limit override tool.

Grow your business today with PayPerHead.com’s free upgrade to its industry-leading premium software today. Agents and online bookies will have access to all of the tools and best customer service when they grab this special offer now.