Boxing Win a Ringside Seat to Mayweather vs McGregor 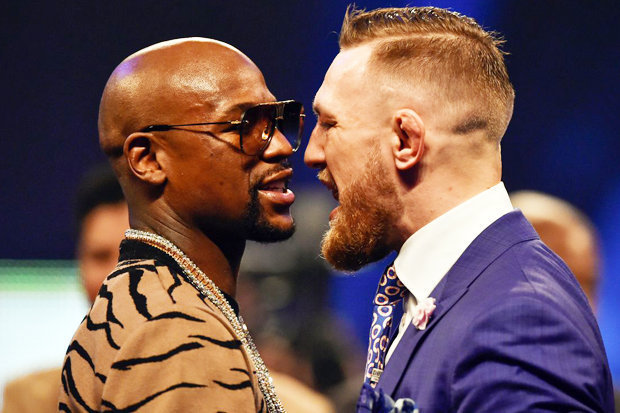 As everyone already knows, boxing legend Floyd Mayweather will put his perfect 50-0 record on the line when he steps into the ring against UFC Champion Conor McGregor on August 26th in Las Vegas, Nevada, and Bovada Sportsbook wants you to be ringside for the Fight of the Century.

Refer a friend to Bovada between August 4th-20th and when they make a deposit into their account, you’ll both be in the running to win an all expenses paid trip to Vegas to watch this historic fight at the brand new T-Mobile Arena.

As part of you prize package you’ll receive:

Tickets to the Fight

You’ll get your hands on the hottest tickets in town – a pair of lower section seats at T-Mobile Arena for the fight on August 26th.

We’ll make sure you arrive on time ahead of the showdown.

We’ll pick up the bill for your accommodation as you enjoy a stay at the iconic Vegas landmark, Caesars Palace.

To top it all off, you’ll get $250 in spending money to do as you please during your stay on the Las Vegas Strip.

Getting your name in the draw is simple:

There’s no limit to the amount of entries you can get, and the draw takes place on August 21st, so get referring today and remember to like the Bovada Facebook page and follow us on Twitter, where the winner will be announced.