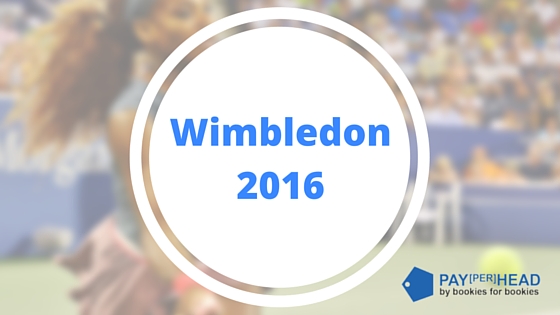 The Wimbledon kicks off on June 27th, 2016 with the top female tennis players from across the world swinging their rackets at full force, in hopes to be crowned the champ.

Many bettors are watching for these 8 women at this year’s Wimbledon and looking into which one of these world class players will bring them the biggest profit.

Serena Williams may have been beaten at the finals of the French Open, but her 85% total win rate remains high and you know she will certainly come swinging back at the Wimbledon in her efforts to take the Wimbledon title this year.

What we remember from Garbine playing at the Wimbledon last year is that she played extraordinary from the start and even at the finals.

When she was competing against Serena Williams in the finals last year, it seemed that Garbine lacked consistency with her swings – we will say that sometimes Garbine looked like the better player than Serena.

We might be seeing these two at the finals again!

Victoria is playing very well this time around by using the right strategies to overcome any player.

She has a lot of potential in this year’s Wimbledon as she’s a force to be reckon with.

Agnieska is playing at the top of her game this year.

We know that Agnieska plays amazing on grass, but struggles with players  who are known to be heavy hitters.

It’s important to know that Agnieska has a total of 18 Women’s Tennis Association titles, she ranks just underneath Serena and Venus Williams for WTA titles.

If she keeps it up, we might be seeing her make it pretty far this year.

After reaching the Rosmalen finals and winning the Eastbourne last year, Bencic can be seen reaching the finals if she can imitate the same runs she did then.

We can instantly see the winning odds of Bencic change to 25/1, especially with the grass courts at Wimbledon.

Remember that Sabine was a former finalist at the Wimbledon in 2013.

This year Sabine’s tennis career hasn’t been going as well as she would’ve liked.

We’ve seen her struggle slightly in the past but with every bad game of her’s, she’s been able to quickly turn things around to change the game in an instant.

She has a good shot to at least make it to the quarterfinals this year.

Sometimes a big, fast serve is all you need and Johanna can deliver that.

Each and every year Johanna is improving her tennis career quickly with constant training and the fact that she plays very well on grass courts.

This could make her a candidate to make it to the quarterfinals of the Wimbledon this year, if her injury heals in time.

The other Williams sister, Venus  has won the Wimbledon twice but she lost to her sister Serena, ending her two year streak.

If Venus can win the Wimbledon twice, there is a good chance of her winning for a third time, as her skills are still at their finest since the first Wimbledon she won.

The Belmont Stakes are coming up this Saturday! Start growing your business with PayPerHead.com’s free guide The Horse Racing Guide for Online Bookies today for valuable tips and insights.