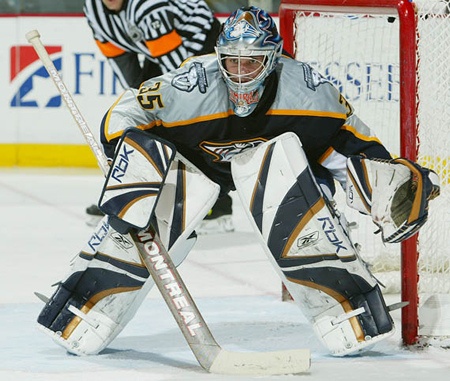 The Nashville Predators are in a tight battle with the Tampa Bay Lightning for the President’s Cup as we approach the end of the regular season, and they will take on the surging Minnesota Wild on Tuesday night, a team the Preds have had trouble with all season. The Wild have already won the season series against Nashville and will look to beat them for the fourth time in 2017-18 and second in the last four days. Minnesota handled the Predators 4-1 on Saturday as part of their 11-4-2 mark in their last 17 games overall. The Wild are coming off a 2-1 overtime loss on Sunday to the Boston Bruins as Zach Parise set up captain Mikko Koivu’s goal midway into the third period to give him points in 11 of his last 15 games – a stretch that includes his 13th goal and 20th point in his 26th career meeting with Nashville. The Predators loss to Minnesota last week is part of a stretch in which they have lost three straight following their franchise-best 15-game point streak, including Sunday’s 5-4 shootout setback to Winnipeg. Filip Forsberg increased his point total to 13 (four goals, nine assists) in his last 13 games after setting up a goal for the second straight night. He enters Tuesday’s contest with Minnesota with three assists in as many meetings this season. The Predators are 2-for-13 on the power play versus Minnesota this season and 2-for-32 in their last 10 games overall.

Eric Staal (39 goals) has had a resurgent season and can become the first player since Gordie Howe to bookend 40-goal seasons around an absence of at least nine years. Staal, who saw his four-game point streak end against Boston, has hurt Nashville for five points (one goal, four assists) in 2017-18, trumped only by Mikael Granlund’s six-points including his second career hat trick in Minnesota’s 4-2 win on December 29th. Goalie Devan Dubnyk has done his part with a 3-0-0 mark and .925 save percentage this season versus the Predators. The Wild signed 2018 U.S. Olympian Jordan Greenway to a three-year, entry-level contract on Monday.

Ryan Johansen scored the only goal for Nashville in the last meeting with Minnesota on Saturday, giving him five points (two goals, three assists) in the season series. Defenseman P.K. Subban also has five points against the Wild in 2017-18 and has an assist in three straight and four of his last five games overall, raising his team-leading total to 39. Viktor Arvidsson leads the team in both goals (28) and points (58), with two and three, respectively, coming against Minnesota this season. Netminder and possible Vezina Trophy winner Pekka Rinne, has 40 wins this season, but is 0-3-0 with a 3.73 goals-against average and .891 save percentage against Minnesota.

The trends say to take Minnesota in this game, but the Predators are awfully tough to beat at home and will be looking to gather some momentum into the postseason. The Wild are under .500 on the road, while the Preds are 25-8-4.