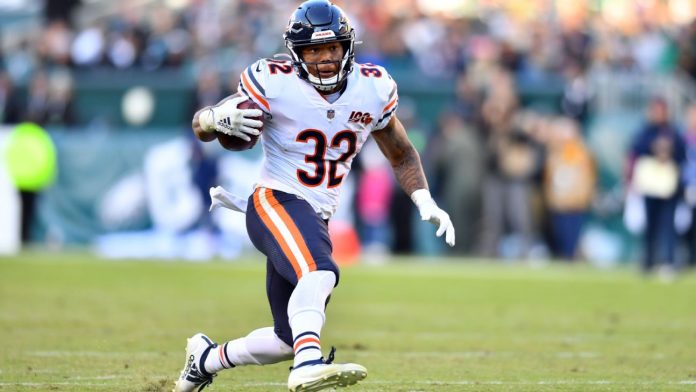 If you look at the overall record, the Minnesota Vikings are one of the NFC’s worst teams, but when it comes to wins and losses against the spread, look out. After dropping their first two games in ugly fashion, the Vikings have covered the spread in all but one since Sept. 20 (5-1 ATS) and will look to keep that going with an outright win on Monday night when they visit the Chicago Bears. The offense has awakened the last two weeks with a surprising 28-22 win at Green Bay and 34-20 stomping of the Detroit Lions last week at home. Chicago, meanwhile, is sputtering on offense behind Nick Foles and lost their third straight game last week, 24-17 at Tennessee. The Bears have scored 17 or less four times this season, not good when you consider how much scoring is taking place in the NFL in 2020.

It’s been all Dalvin Cook the last two weeks for Minnesota. After rushing for 163 yards and three scores in the win over Green Bay, Cook followed that up with 206 yards and two TDs last week versus Detroit. He now leads the NFL with 858 rushing yards and 12 rushing TDs on the season. Cook has now rushed for at least 130 yards in three of the Vikings’ last four games and Minnesota has won every game on the year that he hits at least 100. Quarterback Kirk Cousins has also played better, going 13-for-20 in Detroit with 220 yards, three TDs and no interceptions. The pass defense was also solid last week, holding Lions QB Matthew Stafford to just 211 passing yards with two interceptions, but they still rank 30th overall in passing yards allowed at 287.9. The Vikings, who are 5-2 against the spread in their last seven road games, will play their next three games at home.

Despite scoring only 17 points in a loss last week, Foles threw for 335 yards and two TDs. Still, his season numbers are sub-par – 10 TDs and seven interceptions. Foles was also sacked three times against the Titans and hit 10 times. The Bears offensive line has surrendered 12 sacks in their last three games. The O-line hasn’t done much for the run game either. David Montgomery led the team last week with just 30 rushing yards on 14 carries. The defense has been better for Chicago, holding Titans star running back Derrick Henry to just 68 rushing yards and an average 3.2 yards per carry. They also held Ryan Tannehill to 158 yards on 10-for-21 passing. Chicago is only giving up 218.2 passing yards per game, ranking seventh in the NFL. The Bears will head into their bye before playing at Green Bay on Nov. 29 (Monday night).

These are two teams going in opposite directions right now. Everyone said the Bears 5-1 record was a fluke, and they might be right. They have looked bad, while the Vikings are back in the playoff hunt with Cook running wild. I’ll lay the points here.