Casino The Best Alternatives to Bitcoin 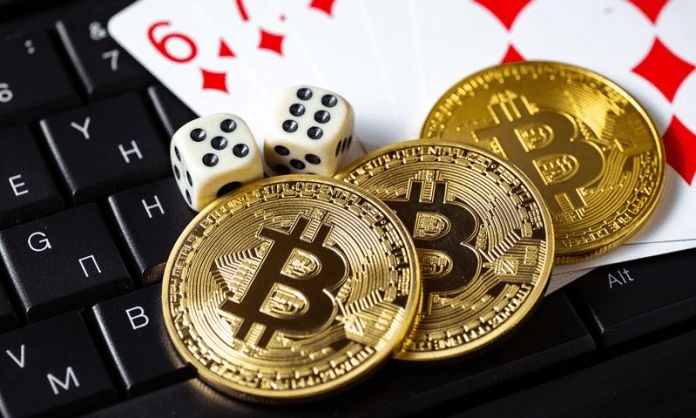 Bitcoin: Its Competitors and Alternatives

Though we have new cryptocurrencies coming up every day in the cryptocurrency market, some stand out. One of such virtual currencies is Bitcoin. Beyond being the first cryptocurrency created, Bitcoin has stood through the murky waters of the digital world to remain relevant to date. From the security crisis the coin faced during the early years of its release to its continuous volatility, many people still show interest in it.

The Undeniable Value of Bitcoin

Today, several establishments allow users to transact with them using Bitcoin. There is almost no crypto exchange that doesn’t allow you to buy Bitcoin. Tesla, at some point, was accepting payments in Bitcoin for cars. The music, sports, and entertainment industry continue to watch Bitcoin price closely as they invest in it. In 2021, Bitcoin surpassed a record high of $40,000 value despite the global lockdown of 2020.

Bitcoin operates on blockchain technology to guarantee the security of transactions and transparency. With this technology, no one can alter or dualize transactions. Those who invest in cryptocurrency can also do so anonymously, thereby reducing the activities of scammers, hackers, and crackers who try to break into the firewalls of crypto users.

The Best Alternatives to Bitcoin

However, as a smart investor, you need to know what cryptocurrency is valuable before investing in it. What are some valuable digital currencies that are great competitors to Bitcoin and can be a good alternative?

Ethereum has been in close competition with Bitcoin for many years now, and according to some experts, it has the prospects of surpassing Bitcoin in the coming years. Ethereum stands out from other digital currencies, not because of its decentralized nature alone, but because it allows smart contracts to be initiated on its network. It also enables decentralized applications to be built and run without any interference.

With Ethereum, traders globally can create a suite for financial products accessible to anyone without third-party interference. The digital currency of the Ethereum platform – Ether – was launched in 2015, and its response has been amazing. Many who are considering investing in cryptocurrency have found Ethereum to be a safe place as close attention is paid to its value in the coming years.

Litecoin is seen by many as a twin of Bitcoin and was created in 2011 by Charlie Lee. This cryptocurrency runs on an open-source global payment network powered by the Blockchain. Litecoin is seen as a competitor to Bitcoin because of its faster block generation rate. In reality, this faster block generation rate makes transactions carried out with Litecoin faster than many other cryptocurrencies.

Globally, we have developers and merchants who buy Litecoin and others who accept it as a valid means of payment for products and services offered.

It is fine if you want to buy Bitcoin because of the huge returns you can make from it. However, if you’re looking for a worthy alternative, then you should look no further than Dogecoin. Though regarded as a meme coin, the cryptocurrency market has watched how its value has increased over the years. No doubt, several factors are responsible for this, but the most important is the influence of big names.

For those familiar with the microblogging site – Twitter – you must have come across different tweets by Elon Musk publicizing Dogecoin. The CEO Billionaire’s love for this meme coin has attracted many investors. According to Musk, it’s impossible to see a future of digital currencies without thinking of Dogecoin.

Unlike Ethereum, which allows for decentralized applications, users can create blockchains with Polkadot’s relay chain.

We live in a world of options, and that’s what you get in the cryptocurrency market as well. While Bitcoin continues to grow in leaps and bounds, many other currencies are coming up to match the standards and even surpass them. With some of these Bitcoin alternatives discussed here, it becomes easy to choose which works for you.