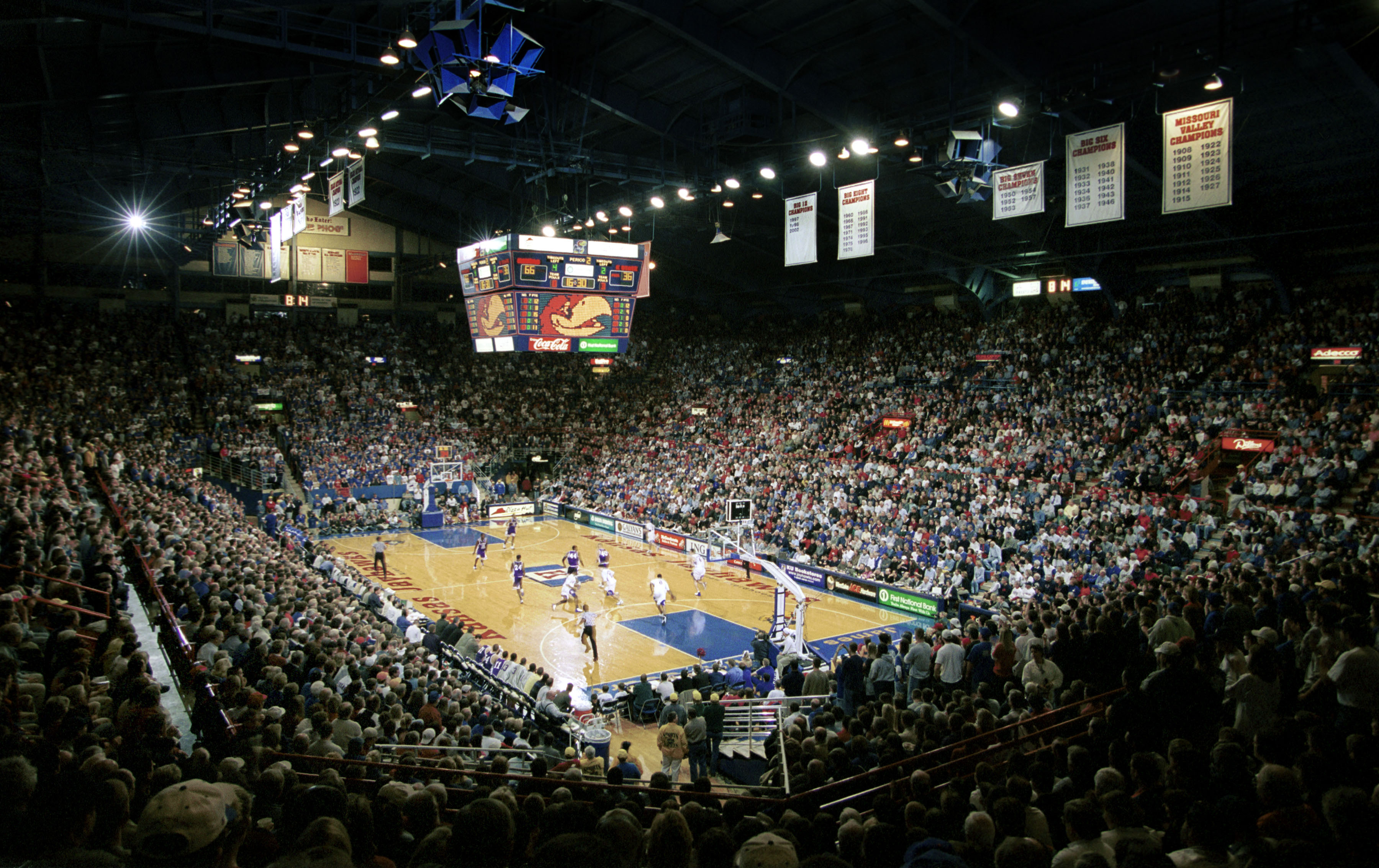 The Big 12 could be the best conference in America if you look at just wins and losses as every team is above .500 overall heading into the last week of January. Two of the teams near the top will square-off on Monday night as the Kansas Jayhawks host the Texas Tech Red Raiders at Allen Fieldhouse in Lawrence, Ks. Texas Tech has won five of their last six games that began with a win over Kansas at home on January 8. Their only loss in that stretch was at Kansas State – a team that just gave the Jayhawks a scare over the weekend. The Red Raiders, who are a half-game behind Big 12 leader Kansas, has been playing their typical trademark solid defense. They have gone 12 games in a row without allowing over 69 points including a 78-65 win over West Virginia on Saturday.

The Jayhawks, as I mentioned, are coming off a 78-75 road win over Kansas State and it wasn’t easy. Kansas had to rally from a 17-point second-half deficit to win Saturday against the last-place Wildcats. The shocking stat of the game is how Kansas State stayed in it after getting outrebounded 44-19. The win came just two days after head coach Bill Self’s father passed away. In the first meeting earlier this month, the Red Raiders shot 50.9 percent from the field and forced Kansas to commit 17 turnovers. It was their first win over the Jayhawks since the 2018-19 season and that was a shocking 91-62 win at Allen Fieldhouse. Texas Tech will come into this contest as 7-point underdogs.

Texas Tech’s win on Saturday over the Jayhawks earlier this month came with key players missing. Among them were leading scorers Terrence Shannon and Kevin McCullar. Bryson Williams and Clarence Nadolny stepped up and scored 22 and 17 points, respectively to carry the offense. Both Shannon and McCullar are back, which makes this surging team even more dangerous. The defense is fourth in the nation in adjusted defensive rating, with just 87.4 points allowed per 100 possessions and are 13th in offensive rebounding rate. The Red Raiders allow 59.1 points on 37.8 percent shooting and have four double-digit scorers. Texas Tech is 7-3 against the spread in its last 10 games overall.

Ochai Agbaji led the Jayhawks on Saturday with 29 points on 10-of-18 shooting from the field, including a clutch basket near the end. That extended the Jayhawks’ win streak to four games, which started after the loss to Texas Tech. Agbaji scored 24 points on 7-of-12 shooting from the field and 6-of-9 shooting from long range in the first meeting with the Red Raiders. He has scored at least 20 points in four of his last five games and over 50 percent in three of them. Kansas is third in the nation in adjusted offensive efficiency with 121.5 points per 100 possessions and 13th in effective field goal percentage. David McCormack and Jalen Wilson recorded double-doubles on Saturday, while combining for 29 points and 25 rebounds.

I really like this Texas Tech team because their defense always shows up. They’re not the most explosive offensive team, but it doesn’t matter when you shut the other team down. They are more healthy than the first meeting with Kansas and should be able to keep this close.