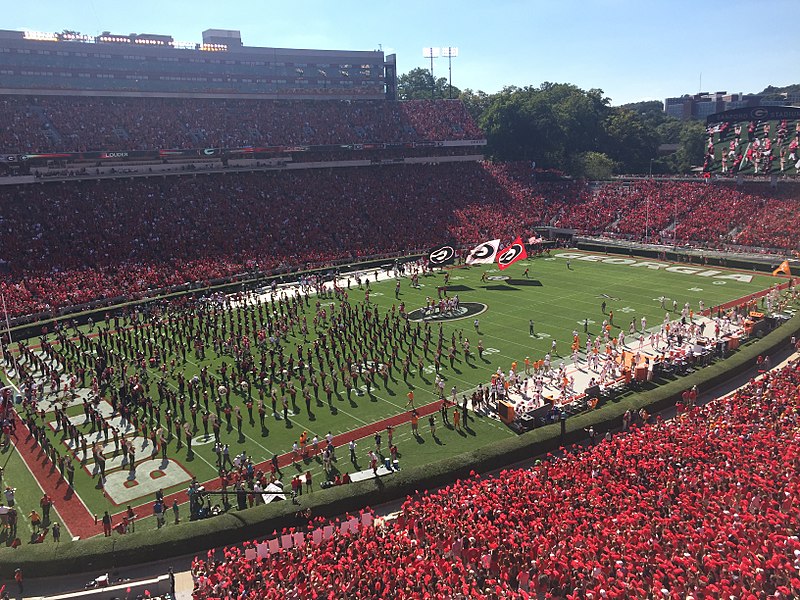 The Tennessee Volunteers are slowly making themselves relevant again in the SEC and are in for a real test this weekend when they visit the third-ranked Georgia Bulldogs at Sanford Stadium in Athens, Ga. The Vols have won eight consecutive games dating back to last season under third-year coach Jeremy Pruitt. Tennessee is coming off a 35-12 win over hapless Missouri on Saturday after opening the season with a 31-27 road win at South Carolina. Meanwhile, Georgia pounded then-No. 7 Auburn 27-6 last week at home, leading 24-3 at halftime and putting the clamps down in the second half. Redshirt junior quarterback Stetson Bennett connected on 17-of-28 passes in his first college start, throwing for 240 yards and a touchdown with no interceptions.

This will be the 50th meeting between the two and the Bulldogs own a slight 24-23-2 edge after last year’s 43-14 triumph in Knoxville. Tennessee’s last victory in the series occurred in 2016, when Joshua Dobbs hit Jauan Jennings with a Hail Mary on the final play to win 34-31 in Athens. The home team has failed to cover the spread in each of the last three encounters, while the Over is 6-2 in the last eight.

Tennessee ran all over Mizzou on Saturday, rushing for 232 yards on 51 attempts and controlled the ball for nearly 32 minutes. Quarterback Jarrett Guarantano completed 14-of-23 passes for 190 yards and a touchdown without a pick. He also had two rushing scores as part of the Vols’ four total on the ground. Tennessee was much better on third and fourth downs versus the Tigers, converting 6-of-13 after going just 1-of-12 in the season opener at South Carolina. The Vols are 7-2-1 against the spread (ATS) in their last 10 games overall.

The Bulldogs still might be a question mark on offense, but there’s no doubt how good their defense can be this season. The Bulldogs held Auburn quarterback Bo Nix to only 177 passing yards and zero touchdowns, while also grabbing an interception. The Bulldogs pressured him the entire game, which resulted in three sacks. Tennessee’s offensive line has surrendered four sacks through two games. Georgia’s pass defense has four interceptions in two games as well. Auburn is usually a solid running team, but managed only 39 yards on 22 carries last Saturday (1.8 per carry). The under is 6-0 in Georgia’s last six games at home.

I really don’t think the Vols will be able to get anything going offensively against this Georgia defensive unit. While Georgia’s offense isn’t spectacular, it will be good enough to win by at least two touchdowns here. This Tennessee program is on the rise, but they’re not there quite yet.