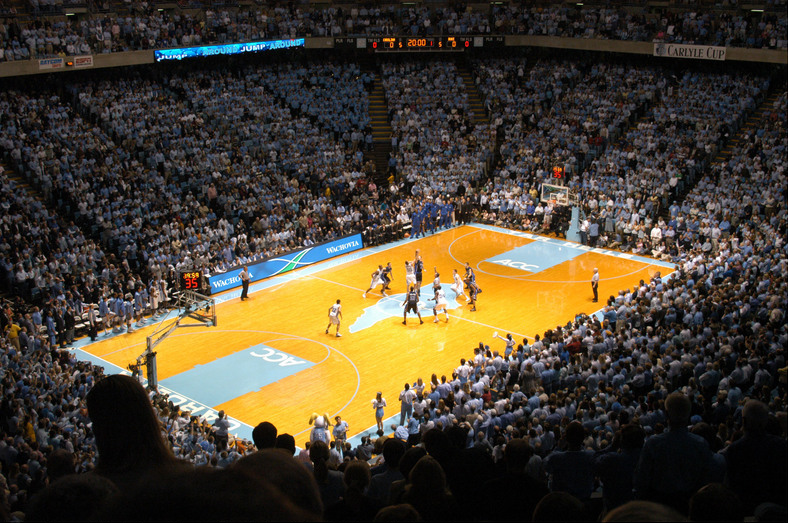 The Syracuse Orange will look to improve on their NCAA Tournament resume when they take to the road to play the red-hot North Carolina Tar Heels on Tuesday night in Chapel Hill. The Orange just played Carolina’s bitter rival over the weekend, and lost by 10 points at home to a Duke team playing without Zion Williamson. Of course, head coach Jim Boeheim’s mind might have been elsewhere after he was involved in a tragic car accident that left one person dead. The journey to March doesn’t get any easier for the Orange, who will play three of their final four games on the road before the ACC Tournament. The Tar Heels have been on an absolute roll with wins in 11 of their last 12 including victories over previously No. 1 Duke and a ranked Florida State team. They say this is the time of year teams need to peak, and North Carolina is doing just that. The Tar Heels have won each of the last seven meetings with Syracuse including a 78-59 win in Chapel Hill last season.

There’s nothing wrong with the Syracuse defense, but the offense has been real stagnant of late, scoring below their 69.8 point average in each of the last six games and rank 293rd in field goal percentage (42.0) and 297th in shooting the three (32.1). Tyus Battle leads the team in scoring at 17.1 per game, but is just 11-of-40 from the floor in the last three games, while second-leading scorer Elijah Hughes (13.7) is 10-for-33 over the same span. Syracuse shot just 34.3 percent against Duke and will need to do a better job against Carolina or it could get ugly. The Orange will be at Wake Forest on Saturday before hosting Virginia on Monday night.

North Carolina has had no issues on the offensive end like Syracuse – in fact – they rank No. 3 in the country in points per game (87.1) and bring down a nation-best 43.3 rebounds per contest. The Tar Heels outrebounded a pretty good Florida State team 47-32 over the weekend and are playing as well as anyone in the country right now. Cameron Johnson (18 points, 10 rebounds) and Luke Maye (15 and 11) each recorded double-doubles against the Seminoles. Johnson has only three turnovers in 161 minutes over the last five games, while freshman Nassir Little (9.7 points) scored 18 points off the bench Saturday.

Carolina is on a roll right now, but this Syracuse team can slow you down and keep it close as long as they can make some baskets. That’s a big if. I can see a little bit of a letdown for the Tar Heels after two big wins last week. Syracuse keeps it close enough to cover the spread here.