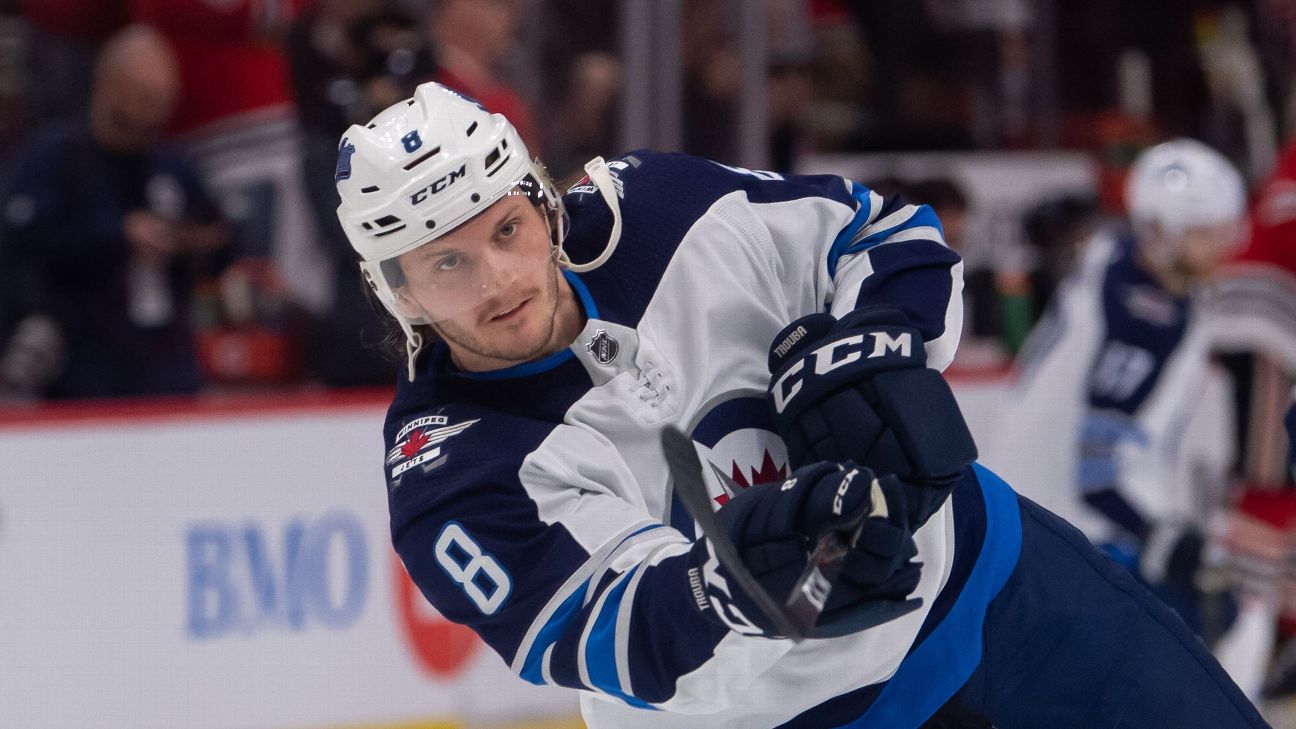 The Winnipeg Jets continue their long homestand with game four of six against the San Jose Sharks on Friday night looking to bounce back from a defeat on Tuesday. So far the Jets are 2-1 on this current stand coming off a 4-1 loss to the New York Rangers, snapping a three-game winning streak and putting the team on the outside of the playoff picture. Winnipeg is one point behind the Arizona Coyotes for the final spot in the Western Conference and will play a San Jose team that is near the bottom. The Sharks have had a rough season and are just 3-6 in their last nine games after a 6-2 home loss to the Calgary Flames on Monday. This is the third and final regular season matchup of the season between the teams. Winnipeg won the first two – both in San Jose – including on November 1st when Nikolaj Ehlers scored the game-winning goal with 1:24 left in the third period to seal the 3-2 win. Then, on November 27th, the Jets cruised past the Sharks 5-1 on the strength of a three-point night from Patrik Laine. The Sharks have had some good success in Winnipeg, however, going 5-1 in their last six trips. The under is 6-4 in the last 10 games between these two teams including both this season.

Timo Meier (two goals, three assists) and defenseman Brent Burns (two goals, two assists) carry three-game point streaks into this contest and it will be Burns’ 1,100th NHL game. The Sharks are likely to see many changes before the Feb. 24 trade deadline and are currently second-last in the Pacific division and with one of the oldest rosters (averaging 28.1 years old) in the league. Goaltender Aaron Dell seems to have taken over the net for San Jose. He’s started four out of five games in the month of February and was shelled for six goals on Monday night versus the Flames but previous to that, he only allowed eight goals in four games. At 85.6 percent, the Sharks own the league’s best penalty kill unit and will face a Jets power-play unit that has struggled for the better part of the season (ranked 17th in the league). Defenseman Erik Karlsson scored in the first period on Monday before boosting his club-leading totals in assists (34) and points (40) by setting up Burns’ goal in the second. This is the first of back to back games for the Sharks. On Saturday night, they’ll be in Minnesota to play the Wild.

The Jets saw their perfect February points streak come to an end on Tuesday night after red-hot goaltender Igor Sherterkin stopped 42-of-43 shots for the win. The Jets power-play went 0-for-4 after going 4-for-10 in the previous two contests. Ehlers collected his 20th goal of the season, hitting that mark for the fourth straight year. Forward Andrew Copp has two goals and two assists in the last four games. On Wednesday the team announced a multi-year extension for Head Coach Paul Maurice. He has been at this at this position since the 2013-14 season. Laine collected one goal and two assists in Winnipeg’s 5-1 romp over San Jose on Nov. 27, while Kyle Connor has totaled four points (one goal, three assists) in the two meetings and enters Friday with eight points (three goals, five assists) in his last four games overall. Winnipeg’s homestand continues Sunday versus the Chicago Blackhawks.

The Jets have been playing well of late, but ran into a hot goalie on Tuesday. I do think Winnipeg gets the win here tonight and their last five wins have come by two goals or more – four of them by three or more. Look for them to beat up on the struggling Sharks.