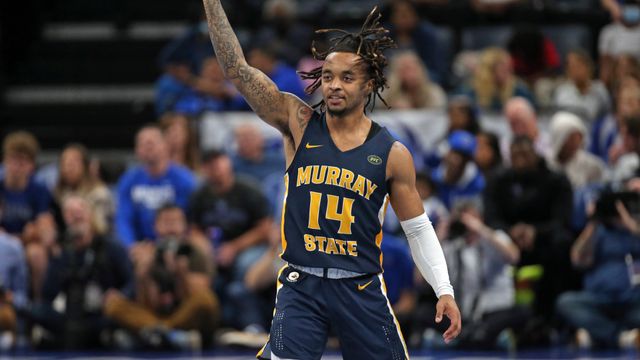 One of the more intriguing games in the first round of the NCAA Tournament pits a couple of mid-majors against one another in the San Francisco Dons and Murray State Racers. The Dons come in as a 10-seed after finishing fourth during the regular season in the West Coast Conference behind Gonzaga, Saint Mary’s and Santa Clara. San Francisco’s solid play down the stretch got them an at-large bid. They have won eight of their last 12 games and have covered the spread in six of eight. They were 10-5 away from home this season (3-3 on neutral floors) and 7-7-1 ATS. This is the Dons’ first NCAA tourney appearance since 1998, and they are seeking their first tournament victory since 1979.

Seventh-seeded Murray State hasn’t lost since a 71-58 defeat Dec. 22 at Auburn, which spent a good chunk of the season as the No. 1 team in the country. The Racers went a perfect 20-0 in the Ohio Valley Conference and won the conference tournament as well. Morehead State pushed Murray twice this season, including a 71-67 game in the OVC championship. Murray State is one of the nation’s top scoring teams, ranking 17th in points per game with 79.3 and 20th in team field goal percentage (47.9). The Racers are just 1-4 ATS over their last five games and are 7-10 ATS away from home on the season. The winner will face either Kentucky or St. Peter’s on Saturday.

Murray State is led by junior forward KJ Williams, who tops the team in points (18.2), rebounds (18.6), and steals (1.5) per game. Williams has scored at least 23 points in three of his last four games including a 29-point, 10-rebound performance in the OVC semifinal. Guard Tevin Brown is next at 16.9 points per game and knocking down 100 three-pointers this season. He’s connected on at least three long range shots in five of his last six games. Point guard Justice Hill also averaged double-digits for the Racers, scoring 13.2 points per contest and led the Racers with five assists per game.

The Dons are led by senior guard Jamaree Bouyea and Khalil Shabazz. Bouyea led the team with 16.7 points, four assists, and 1.8 steals per game and has over 100 NCAA starts and 1,600 points. Shabazz averages 14 points a game, while forward Yauhen Massalski led the team with 9.4 rebounds while averaging 13.5 points. Over his past eight games, Shabazz is averaging 19.9 points, with five games of 21 points or more. San Francisco ranks 39th in the country at 77.1 points a game, but their strong suit is holding opponents in check at the perimeter. The Dons allow opponents to shoot just 29.4 percent from beyond the arc – 15th in the nation.

This should be a pretty competitive game, but I’ll take the team with the more experience in winning games. The Dons played in a tougher conference, but the Racers have been dominating all season. I’ll lay the points.