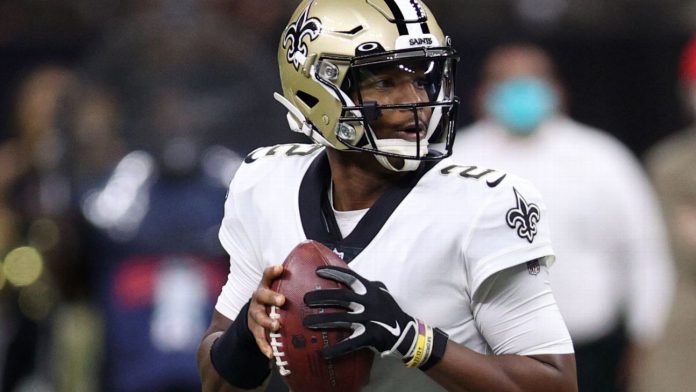 The Seattle Seahawks have not finished with a losing record since drafting quarterback Russell Wilson in 2012 and that streak is in serious jeopardy as well as the postseason unless Geno Smith can rally the offense. Seattle will look to inch closer to the .500 mark when they host the New Orleans Saints on Monday Night Football from Lumen Field in the great Northwest. Not only is Wilson out until Week 10, but the Seahawks are also without starting running back Chris Carson (neck) for the foreseeable future. Seattle is already four games behind the Arizona Cardinals in the NFC West and in 12th place in the conference after a 23-20 overtime loss to the Pittsburgh Steelers. Smith completed 23-of-32 passes for 209 yards in the loss, but his fumble while being sacked in overtime led to Pittsburgh’s winning score.

The Saints’ passing attack has not been the same since Drew Brees retired after the 2020 season. They are second-to-last in the NFL with 169.4 yards through the air per game behind Jameis Winston and Taysom Hill. The injury-plagued Saints have plenty of rest coming into this contest after a bye week. In Week 5, the team earned a 33-22 road win at Washington despite being outgained. Defensive end Marcus Davenport and linebacker Kwon Alexander haven’t played since the season opener and wide receiver Tre’Quan Smith and kicker Wil Lutz haven’t played at all. All are listed as OUT for Monday.

Including the postseason, these teams have split their 16 all-time meetings. The last time was 2019 when New Orleans won 33-27 in Seattle in Week 3. Brees was out injured that day and Teddy Bridgewater threw for two scores in the win. Alvin Kamara rushed for a score and caught one as well. Wilson threw for 406 yards and two touchdowns and rushed for two, while Tyler Lockett had 11 catches for 154 yards and a TD. The underdog is 4-1 against the spread in the past five meetings.

The Saints are 3-2 after their bye and sit in second place behind the Tampa Bay Buccaneers in the NFC South standings. The team has been inconsistent with impressive wins over the Packers and Patriots, but losing to the Panthers and New York Giants. Winston has just 116 pass attempts in five games. He’s completing 60.3 percent of his passes for 12 TDs and three interceptions. Star receiver Michael Thomas has yet to take the field due to injury but he’s available to come off injured reserve this week but isn’t expected to play Monday. The Saints are last in the league with only a 45.26 pass play percentage. New Orleans is 9-1 against the spread in their last 10 road games versus a team with a losing record at home and on a 17-7 ATS run as road favorites.

With Smith under center, the Seahawks now have a lack of a deep downfield passing game. Lockett, who started the season off great, had just two catches for 35 yards against Pittsburgh. Running back Alex Collins, starting for the injured Carson, had 101 yards and a TD on 20 carries but suffered an injury and is questionable for Monday. Fellow running back and former first-round pick Rashaad Penny (calf) will be activated from injured reserve this week and should play. Seattle’s defense really needs to improve and are on pace to be one of the worst in league history. They have allowed 433.2 yards per game but was better vs. Pittsburgh. The Seahawks, who play Jacksonville next week, are 13-5 against the spread in their last 18 games as an underdog.

Seattle put up a fight last week in Pittsburgh but this isn’t the same team without Wilson. If the defense wasn’t so bad, the Seahawks could actually be competitive. I see a big game from Winston tonight and I’ll lay the points.