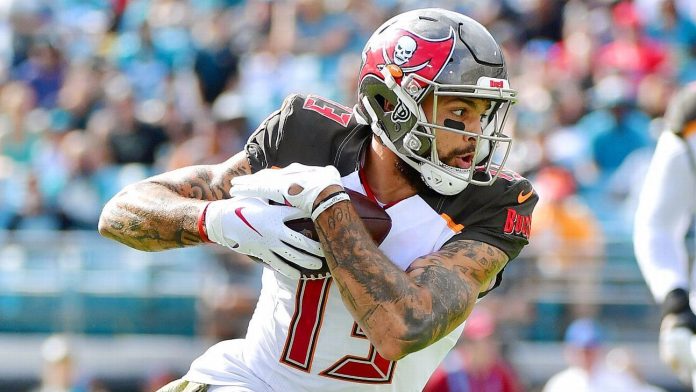 The NFC South is still wide-open entering Week 13, with all four teams within 1.5-games of each other. The leaders of the pack are currently the Tamp Bay Buccaneers at 5-6 and they will host 4-8 New Orleans on Monday Night Football to conclude the Week 13 slate. The Bucs are 3.5-point favorites with a total of 40.5. The Saints have give Tom Brady and the Bucs fits over the last few seasons, but Tampa got the better of New Orleans in the first matchup. In Week 2, things got testy in the 20-10 Bucs victory, as Saints cornerback Marshon Lattimore and Tampa receiver Mike Evans were both ejected for fighting. Brady threw a go-ahead touchdown pass to Breshad Perriman to seal the win. Former Bucs No. 1 overall pick Jameis Winston was the New Orleans starting QB that day and threw a TD pass but also had three interceptions. The road team is 4-1 against the spread in the past five meetings.

The Bucs got back to .500 with victories over the Los Angeles Rams and Seattle Seahawks, but were upended 23-17 at the Cleveland Browns last week in overtime. Tampa failed to stop Cleveland on a 4th and 10 late in the game that resulted in a touchdown to tie the game. The Saints have lost two games in a row and have yet to win consecutive games this season. New Orleans was shutout last week for the first time in 332 games when they fell 13-0 at the San Francisco 49ers. The Saints had 15 players on the injury list Thursday, and they are hoping both Lattimore and linebacker Pete Werner are able to go Monday. Lattimore (abdomen) has missed the last seven games but did practice on a limited basis. Tampa Bay lost star tackle Tristan Wirfs last week to an ankle injury and he’ll miss several weeks.

It was a rough week for the offense at San Francisco for Andy Dalton and company. New Orleans managed just 260 yards of total offense and the team might want to think about going back to Winston. San Francisco forced two fumbles from Alvin Kamara, who had never lost two fumbles in a game. The Saints have only recorded more than 100 net rushing yards once in the past six games. New Orleans has been really good against the pass this season (7th) but allow 129.1 yards a game on the ground – good for 22nd. They will finally get a bye next week before finishing up with the Falcons, Browns, Eagles and Panthers as they make a push towards the playoffs. A loss on Monday night would make things really difficult, if not impossible.

Last week, Brady completed 29-of-43 passes for 246 yards and two touchdowns but also overthrew receivers downfield a few times. Evans was targeted nine times but only caught two for 31 yards. Running back Leonard Fournette missed the game and is questionable for this one. The Bucs’ run defense may be a question mark, but overall, they are allowing just 18.5 points per game and are 3rd in defensive QB sack rate. Four other starters didn’t practice last week – safeties Antoine Winfield Jr. (ankle) and Mike Edwards (hamstring), nose tackle Vita Vea (foot) and tight end Cameron Brate (illness). Two other starters that did not play last week – wide receiver Russell Gage (hamstring) and guard Luke Goedeke (foot) – were limited in practice. The Under is 6-1 in the Buccaneers’ last seven games overall.

This should be a big bounce back game for Tampa. New Orleans is a mess on offense and can’t decide which quarterback to start. Brady should have success throwing downfield, especially if Lattimore can’t go. I’ll lay the points.