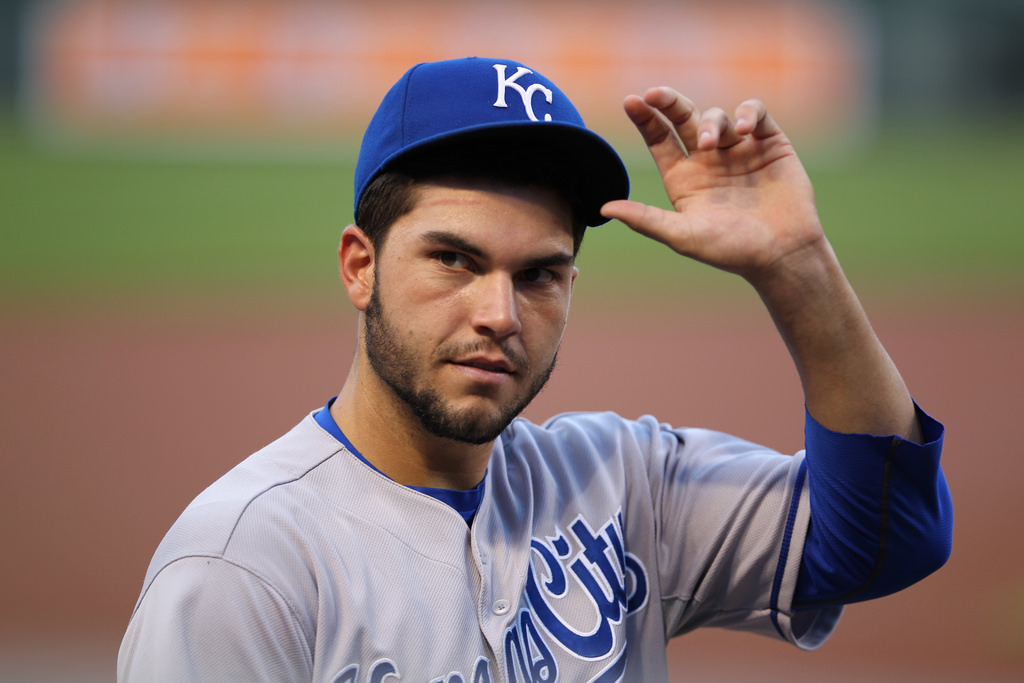 The sizzling Kansas City Royals look for their 10th straight victory when they visit the struggling Boston Red Sox on Saturday night at Fenway Park in the second of a three-game weekend series. Kansas City has been winning with the combination of both solid pitching and red hot hitting. The pitching staff has allowed three or fewer runs in six of the last nine games, and the offense has hit 20 home runs during the streak. Mike Moustakas highlighted Friday’s 4-2 win with his 30th home run – eight more than his previous career high. He and the offense have catapulted the Royals into wild-card position in the American League and two games behind the Cleveland Indians in the Central. Eric Hosmer is also swinging a hot bat, going 7-for-10 with six runs scored and six RBIs in the last two games. The Red Sox spent the last month in first place in the AL East but fell to second place on Friday, one-half game behind the New York Yankees while falling for the fifth time in the last six games. Boston’s Eduardo Nunez made his team debut on Friday and went 2-for-3 out of the No. 2 spot in the order. Boston will hope Eduardo Rodriguez can slow down the Kansas City offense on Saturday while the Royals counter with Trevor Cahill, who was acquired from the San Diego Padres earlier in the week.

Cahill is back in the American League, where he began his career and spent three seasons with the Oakland Athletics from 2009-11. He pitched out of the bullpen for the Chicago Cubs in 2015 and 2016 but the Padres put him back into the rotation this season and he’s had pretty good success. Cahill allowed three or fewer earned runs in seven of his 11 starts with San Diego. His worst outing came in his Padres finale on July 21st, when he was hit for six runs – five earned – on seven hits and four walks in 3.2 innings at lowly San Francisco.

Rodriguez will make his third start since coming back from a knee injury and is looking for his first win since May 26th. He had a rough outing at Seattle on Monday, allowing four runs on six hits and two walks in 5.1 innings while taking the loss. Rodriguez faced Kansas City once last season and was beaten, allowing five runs on four hits and four walks in 5.1 innings.

I’ve never been a big fan of Cahill on the mound, but he’s been better this season and right now, doesn’t need to do much. The Royals are playing out of their minds and they’re a pretty nice underdog here. I’ll take it.