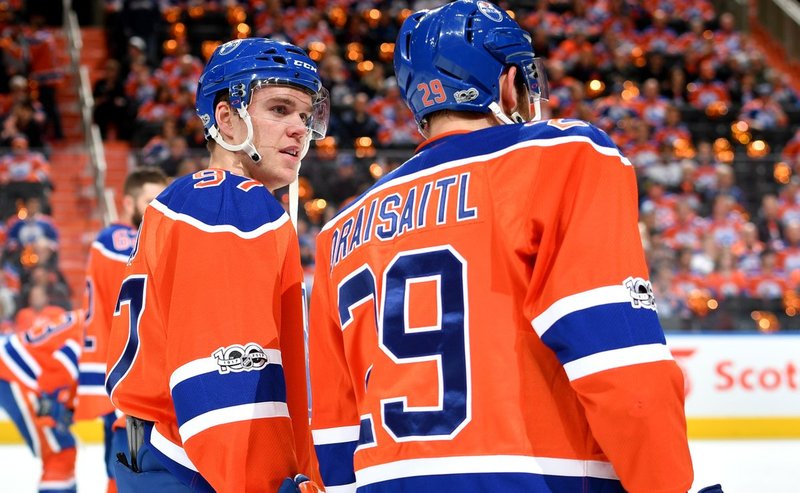 Two teams looking to finish the first half of the season on a winning note will do battle in Alberta Tuesday night as the Edmonton Oilers host the Detroit Red Wings. The Oilers are not playing their best hockey right now but are still within striking distance of a playoff spot in the Western Conference. The same can’t be said for the Red Wings, who have an NHL-worst 43 points entering Tuesday’s contest and are on a 4-12-3 stretch including back-to-back losses in the first two games of their Western Canada trek. Red Wings veteran forward Frans Nielsen has come alive during the road trip with a goal and two assists in the last two games – both losses to Calgary and Vancouver, but the team’s offensive woes continue as they’re ranked 23rd in goals per game (2.8). Edmonton’s 8-5 start to the season is a thing of the past with the team’s longest winning streak since early December has been two games. Edmonton forward Leon Draisaitl scored two goals and set up another in Sunday’s 7-4 loss versus Carolina – a night after losing by three goals at home to the Flames. Captain Connor McDavid recorded a pair of assists against the Hurricanes and did the same in the first meeting with Detroit – a 4-3 Oilers’ win on November 3rd. This is the last game for both teams before the week-long All-Star Break.

Veteran Thomas Vanek has been doing his best to help the Red Wings out of the cellar with three goals and as many assists in his last four games, but is as frustrated as the rest of his team. Gustav Nyqvist, who had two assists in the previous meeting with Edmonton, had 11 points (two goals, nine assists) during an 11-game stretch before being held off the scoresheet Sunday. Center Luke Glendening is expected to play versus the Oilers despite sitting out Monday’s practice after blocking a shot during the third period against Carolina.

Alex Chiasson scored a goal in the first meeting versus Detroit, but has just three points in his last 10 games. His 23 points is just 12 shy of a career high set in 2013-14 with the Dallas Stars. Jujhar Khaira has two points (one goal, one assist) in his last three games, notched a pair of assists versus the Red Wing back in November. Forward Zack Kassian has six of his nine season points this month (three goals, three assists).

As much as the Oilers are struggling right now, they’re still too much for the lowly Red Wings to handle. Edmonton’s offensive ability will be good enough to get the puckline cover here.