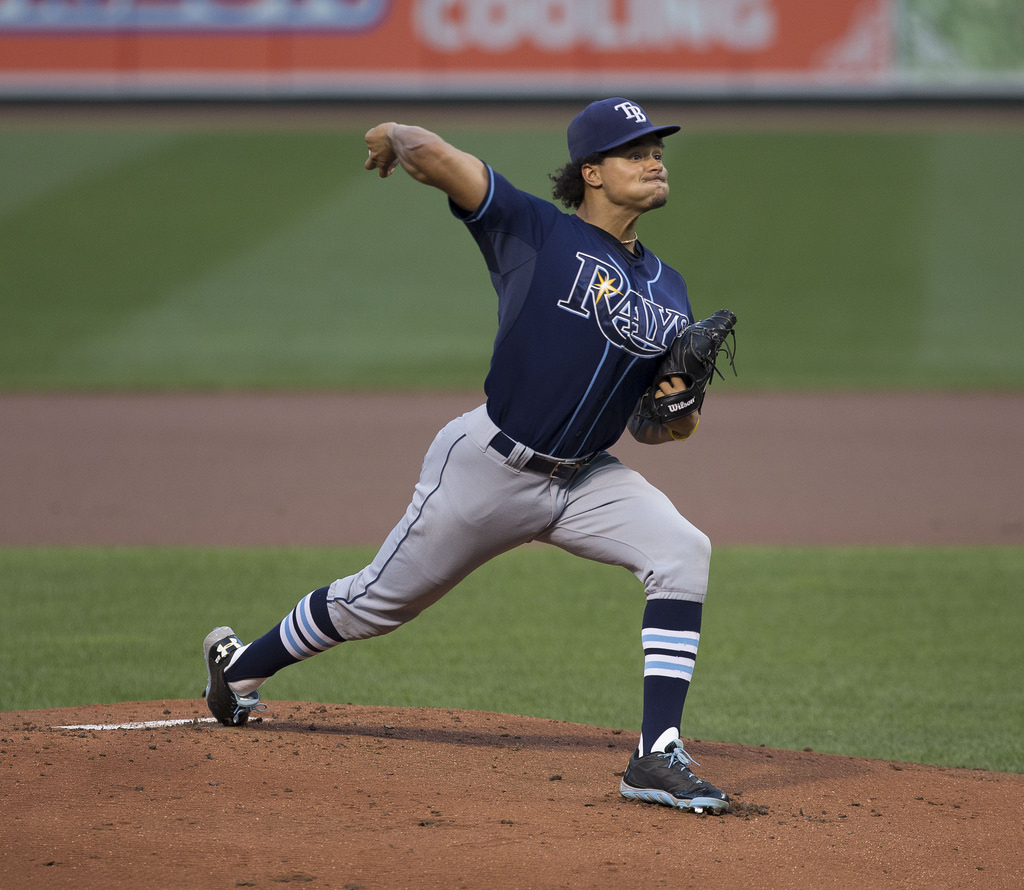 The Detroit Tigers will look to stay hot at the plate when they host the third game of a four-game set with the Tampa Bay Rays on Saturday afternoon on Fox Sports 1. The Tigers have scored 18 runs on 24 hits while winning the first two games of the series and received four RBIs from Nick Castellanos and three from Justin Upton on the way to a 13-4 victory on Friday. Detroit’s veteran designated hitter Victor Martinez was hospitalized after Thursday’s game due to an irregular heartbeat and later placed on the disabled list, as catcher John Hicks was recalled to take his place on the roster. Miguel Cabrera is 10-for-25 during a six-game hitting streak and Castellanos has 12 RBIs in 13 games this month for a Tigers team that is just three game out of first place in the AL Central. The Rays have dropped three in a row after winning six of seven, but infielder Tim Beckham (knee) returned to the lineup Friday with a pair of hits. Tampa Bay center fielder Mallex Smith has hit safely in eight straight games (13-for-30) after taking over for injured Kevin Kiermaier (hip). Tampa Bay OF Colby Rasmus, who sat out Friday’s game against a lefty, has hit safely in his last seven games (11-for-22). Two pitchers who are looking to turn things around take the mound tonight – Detroit’s Michael Fulmer and Tampa Bay ace Chris Archer.

Archer has just one win in his last six turns despite posting three quality starts in that stretch after recording five in his first eight appearances of the season. Archer allowed four runs on seven hits over five innings in a no-decision against Detroit on April 19th and is 1-2 with a 3.63 ERA in his career versus the Tigers. Cabrera is 6-for-15 with a homer against Archer, who has limited opponents to a .221 batting average on the road.

Fulmer has allowed five runs in each of his last two starts, but earned the victory June 2nd against the Chicago White Sox after completing seven innings. Fulmer started the season with 10 consecutive quality starts, including one against Tampa Bay on April 18th when he allowed three runs over six innings in a 5-1 loss. Beckham is 1-for-2 with a homer versus Fulmer, who was 2-0 with a 0.64 ERA in two starts against the Rays in 2016.

The Tigers have the bats going right now and Tampa Bay does not play well on the road. Archers has not pitched like an ace of late and was hit pretty good by Detroit earlier this season. I like Fulmer in this matchup as we look to make it two straight wins after last night’s Cubs victory.

CLICK HERE TO BET THE RAYS VS TIGERS GAME