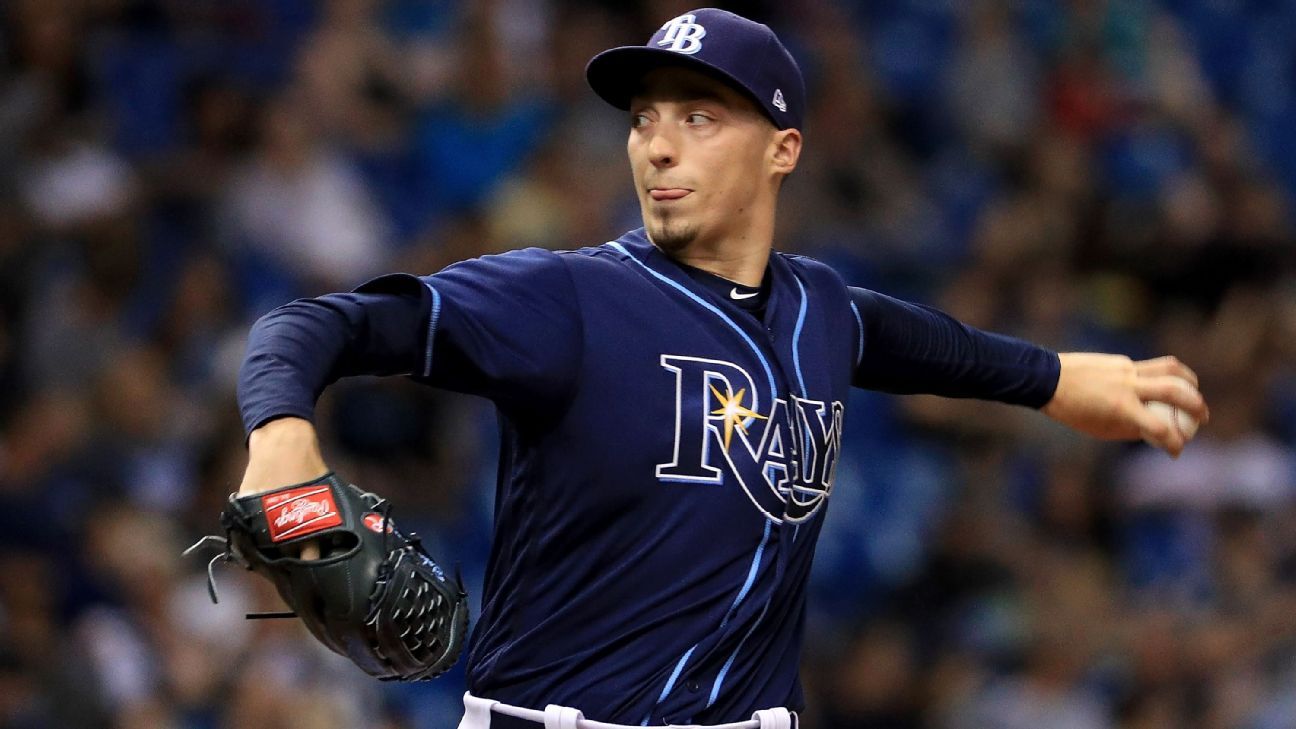 The Los Angeles Dodgers are so close, they can almost taste the champagne. For the first time since 1988, the Dodgers can claim the World Series trophy when they take on the Tampa Bay Rays in Game 6 Tuesday night in Arlington. This has been a very entertaining series – even if the ratings don’t show it – and Tampa Bay will send out lefty Blake Snell to try and extend the World Series to a Game 7 on Wednesday. The Dodgers rebounded nicely after a shocking Game 4 loss on Saturday night to quiet the Rays bats behind ace Clayton Kershaw and a quick three-run lead. The 4-2 victory moved them one win away from ending their 32-year championship drought. A turning point came in the fourth inning with two outs when Tampa’s Manuel Margot tried to steal home on Kershaw. When Margot made a break for it, Kershaw stepped off to avoid a balk before throwing to the plate. His toss home was perfect for catcher Austin Barnes, who laid down the tag narrowly before Margot could get in. Reliever Victor Gonzalez stranded two Rays in the eighth to protect the lead, and Blake Treinen fanned two after a leadoff single in the ninth to record the save. Randy Arozarena had an RBI single in the third for his 27th hit of the playoffs to surpass Pablo Sandoval’s single postseason record set in 2014.

Snell was solid in the Rays’ 6-4 victory in Game 2, giving up two runs on two hits in 4.2 innings, with four walks and nine strikeouts. Tampa Bay built a 5-0 lead for Snell in Game 2 as the offense got a jump on what was essentially a bullpen day for the Dodgers. The lefty has only seen the sixth inning in five of his 16 starts in 2020.

Gonsolin started Game 2 and went one inning on short rest. He will take the mound again in Game 6 with normal rest, but will be on a short leash. The Dodgers have not fared well this postseason using a bullpen-heavy game, although it did get them through Game 7 of the NLCS against Atlanta. Gonsolin pitched two innings in that one but gave up two of the Braves’ three runs.

The trend this series has been the Over, cashing in four of the first five games. The Dodgers won 6-4 in Game 2 with the same pitchers starting the game. I don’t like taking the Dodgers when they use a bullpen game, but the over is a safe bet.