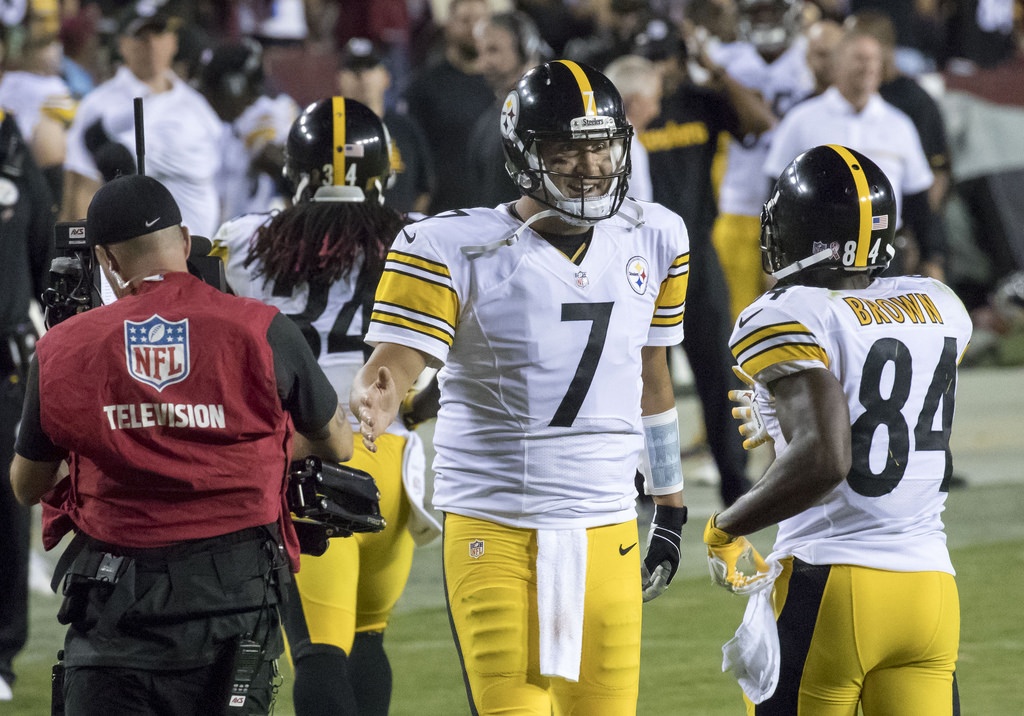 In a game we were supposed to get on Thanksgiving night will hopefully be played six days later when the Baltimore Ravens visit the Pittsburgh Steelers on Wednesday afternoon at Heinz Field in Pittsburgh, Pa. This is still an official Week 12 game even though it’s being played closer to Week 13. This is because the NFL is doing everything to accommodate the Ravens amid a flurry of Covid-19 cases. Already this season, the undefeated Steelers had to shift their bye week to accommodate an outbreak of the coronavirus among the Tennessee Titans. By moving this game, that means Pittsburgh won’t have any fans at Heinz Field. Due to new regulations going into effect Friday, the Steelers went from limited fans Thursday night to zero fans allowed Wednesday. The Steelers are looking to sweep the season series and climb to 11-0 entering the final five weeks of the season. The Ravens are just looking to get some players back on the field. The most important player that will not see action this week is reigning MVP Lamar Jackson, who landed on the list on Thanksgiving. The team already knew before hand that running backs running backs J.K. Dobbins and Mark Ingram tested positive for the virus. The Ravens are coming off an overtime loss to Tennessee on Nov. 22, while the Steelers blew out the Jacksonville Jaguars 27-3 on the same day.

In the teams’ first meeting in Week 8, Pittsburgh pulled out a 28-24 win with quarterback Ben Roethlisberger’s fourth-quarter touchdown pass to Chase Claypool. Dobbins rushed for a season-high 113 yards, but Jackson threw two costly interceptions. The Steelers opened as 3.5-point favorites with a total of 46. That has obviously changed since, with Pittsburgh now a 10-point favorite as of Tuesday night with a total down to 42. The teams have split the past 10 meetings straight up, and Baltimore is 6-3-1 ATS in that span.

The Ravens are down to Gus Edwards (376 yards, three touchdowns, 4.4 ypc) and Justice Hill as their running backs going into Pittsburgh. Hill has played primarily on special teams and has no carries this year. The Ravens had the best record in the NFL last regular season but would not make the playoffs as things stand currently. Jackson was undefeated in his first 21 games in which he led by at least 10 points but has now lost two of his past three with a double-digit lead. Robert Griffin III is now in line to start – and hopefully finish – Wednesday’s AFC North battle. Griffin has thrown two passes this season and one of those was picked off. He played in seven games a year ago and threw one touchdown to two interceptions on 38 pass attempts. One player who had a big day for Baltimore in Week 12 was tight end Mark Andrews, who had 96 receiving yards and a touchdown on five catches. Andrews only had 32 receiving yards on three catches in the 28-24 loss to Pittsburgh at home back in Week 8. Baltimore’s defense is ranked eighth in the league overall (333.0) and third in points allowed (19.5). The Ravens are 7-2-1 against the spread in their last 10 road games.

The Steelers had no trouble last week versus Jacksonville, picking off Jags rookie QB Jake Luton four times. Roethlisberger threw for two scores with Claypool grabbing his eighth of the season to go along with two rushing scores. The Steelers are the 18th team in the Super Bowl era to start a season 10-0, and 10 of the previous 17 reached the Super Bowl with six of them winning it. Roethlisberger passed for 267 yards on 32-of-46 completions against the Jags. Diontae Johnson finished with 111 receiving yards on 12 catches and 16 receptions. In the win over Baltimore in Week 8, it was JuJu Smith-Schuster who led the team with 67 receiving yards on seven catches and eight targets. Johnson only had a catch on three targets for six yards in that game. The defense ranks No. 1 in points allowed (17.4), second against the pass (203.5) and third overall (306.9). Pittsburgh will host Washington next Monday afternoon.

I picked the Steelers earlier last week at -3.5, thinking the Ravens had all their appropriate weapons. I don’t want to change my pick, but now I’m laying 10. I’ll stick with it, but I really don’t like the game at all anymore. I would suggest heading over to Bovada Sportsbook and take advantage of their Live Betting platform and play this as you watch.