After Monday’s 45-6 beating against the Rams, on the road, some sportsbooks have the Ravens as favorites to win Super Bowl LIV. There are still plenty of offshore betting sites that don’t believe the hype and still have the Patriots as the team to beat in February.

Keep in mind that the Ravens still trail the Patriots by one game in the race for the best record in the AFC, which would secure home field advantage throughout the playoffs. Baltimore blew out New England 37-20 as 3-point home underdogs on November 3 and they’ve won seven straight games but winning in the playoffs at Gillette Stadium is tough and some of the sites probably don’t see the Ravens earning home field advantage.

The Ravens only need to match the Patriots’ record, as they own the tie-breaker but they have a very difficult game on Sunday when they host the 49ers in a potential Super Bowl LIV preview. The Patriots also a tough contest when they have to visit the Texans. The outcomes of these games could decide who plays at home in a potential AFC Championship Game. 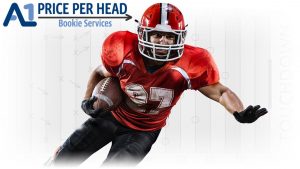