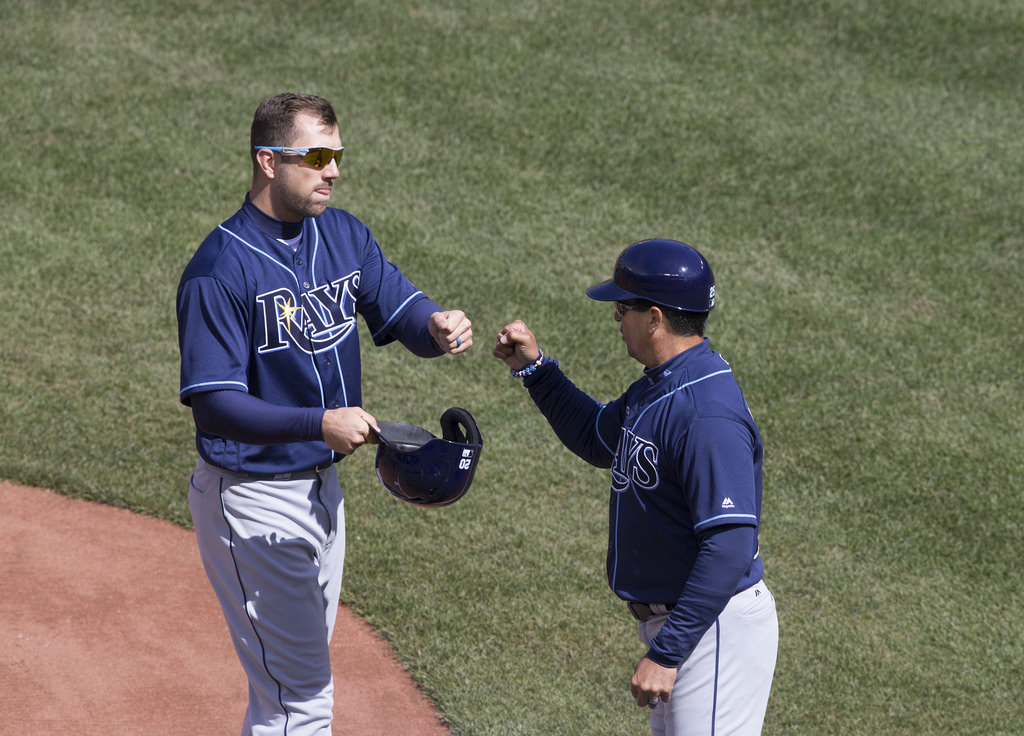 The Texas Rangers halted a five-game losing streak on Friday and will look to ride that momentum to a series win over the Tampa Bay Rays when they meet on Saturday night in St. Petersburg. Tampa Bay starter Alex Cobb tried for the complete game on Friday, but ran out of gas in the ninth as Joey Gallo leadoff the inning with a double and Shin-Soo Choo followed with a game-tying two-run blast to send the game to extras. Elvis Andrus snapped out of his slump with three hits Friday, including a homer, and his infield single knocked in the winning run in the 10th for a 4-3 win. Andrus was just 2-for-33 in the previous eight games before going 3-for-5 on Friday to improve his career batting average against the Rays to .323. Choo is 6-for-15 with a pair of homers, five RBIs and four walks during a four-game hitting streak. Tampa Bay outfielder Corey Dickerson homered Friday and is 5-for-8 in the last two games for a Rays team that that has lost back-to-back games for the first time since late June. Andrew Cashner will try to help the Rangers put together a winning streak when he takes the mound against Tampa Bay All-Star Chris Archer, who gave up four runs over seven innings in a no-decision at Texas on May 31st.

Cashner is coming off his second straight quality start after throwing 6.2 innings of three-run ball in a loss at Baltimore on Monday. Cashner has struck out 43 versus 38 walks in 88 innings this year and is 2-6 with a 4.33 ERA in nine starts on the road (2-2, 2.50 at home). Cashner, who has been in the National League most of his career, faces Tampa Bay for the first time and Shane Peterson is 3-for-5 with a double and triple against him.

Archer has found his groove as the summer rolls on, going at least six innings in 11 straight starts including eight quality starts in that stretch but has just one victory in the last four. Archer has struck out 25 in 18.2 innings over three July starts and 156 overall in 129 innings with 43 walks. He has given Napoli fits (2-for-22, 13 Ks), while Andrus is 7-for-15 with three doubles against Archer, who is 1-2 with a 5.30 ERA versus Texas.

Despite the win last night, the Rangers are still struggling offensively, ranking 28th in batting average (.237) and have to face one of the best in the American League. The Rays two-game skid will come to an end tonight with an easy win.