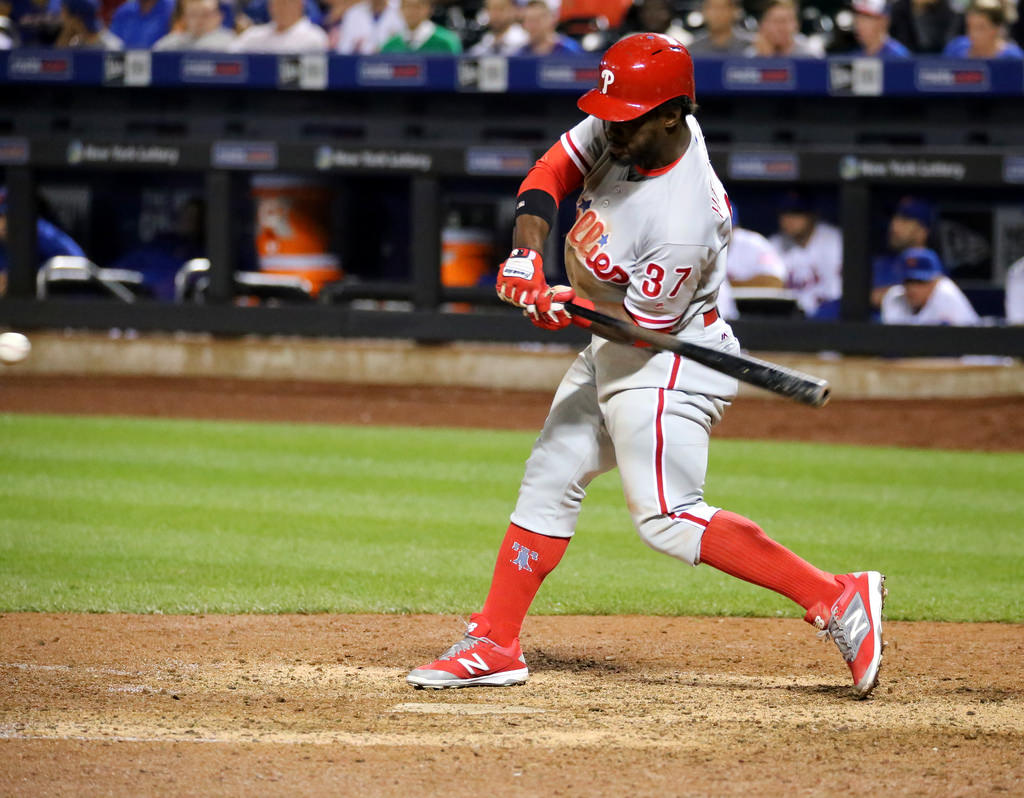 The Milwaukee Brewers will try and halt a six-game losing streak when they take on the worst team in Baseball on Saturday night in Philadelphia against the Phillies. The Brewers’ season-high losing skid has been book-ended with setbacks to the Phillies, but they still hold a one-game lead over the Chicago Cubs in the NL Central thanks to the Cardinals victory in Chicago on Friday. Milwaukee has scored only 12 runs during the slide and part of the problem is the abscence of left fielder Ryan Braun due to various injuries this season. Braun (.258, 11 home runs, 27 RBIs) missed his third straight start Friday and told reporters that he received a cortisone shot in his wrist prior to the All-Star break, adding to calf and elbow injuries that has forced him to miss 53 games this season. Braun, who could play Saturday, is batting .372 with 21 home runs and 57 RBIs in 61 career games versus the Phillies. Philadelphia has won three straight games – its second longest streak of the season. Philadelphia rookie RF Nick Williams went 1-for-4 in the Phillies 6-1 win on Friday, snapping his four-game streak of recording multiple hits and RBIs. Phillies OF Howie Kendrick (hamstring), sidelined since June 28th, was activated from the disabled list Friday and had a pinch-hit single in the eighth inning. Phillies right-hander Jeremy Hellickson, who is coming off a victory over the Brewers, could be making one of his last starts in a Philadelphia uniform prior to the July 31st trade deadline. He will oppose Brent Suter, who has been sharp since taking the spot of the injured Chase Anderson in the rotation.

Suter allowed two runs, seven hits, and two walks, while striking out two in just 4.2 innings last Monday in a 4-2 loss to the Pittsburgh Pirates, but ended up with a no-decision. Suter is 1-0 with a 2.12 ERA in three starts since replacing Anderson, striking out 15 and allowing 16 hits in 17 innings. Suter has never faced Philadelphia or any of its players.

Hellickson is on a bit of a roll, increasing his trade value after allowing two runs, four hits and one walk while striking out six in five innings of a 5-2 victory at Milwaukee on Sunday. He is 3-1 with a 2.89 ERA in five career starts versus the Brewers. Hellickson is 1-0 with a 3.26 ERA in his last five starts, allowing 25 hits and striking out 25 in 30.1 innings for the last place Phillies. Hellickson has shut down both Braun and Eric Thames (combined 4-for-21), but struggles with Jonathan Villar (4-for-6, home run).

Hellickson will have a lot of eyes on him tonight as he senses a trade to a contender. Milwaukee is in desperate need of a win and should get a solid outing from Suter. I expect a low-scoring game that will go Milwaukee’s way tonight.