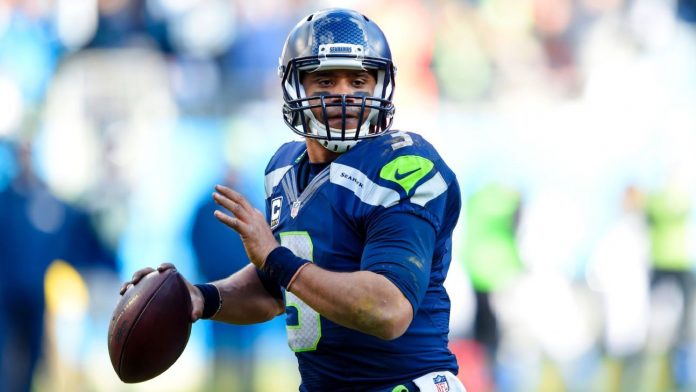 The race to win the NFC West this season has been exciting and now it’s coming down to the final two teams entering Week 16. The Los Angeles Rams inexplicable loss last week has given the Seattle Seahawks the temporary lead with a chance to wrap things up on Sunday. Seattle leads L.A. by one game and would win the division with a victory. If the Rams win, then they own the tiebreaker heading into Week 17 because of a win over the Seahawks earlier this season. Nobody is quite sure how the Rams lost 23-20 to the previously winless New York Jets other than they were looking ahead to this game. The Seahawks clinched their ninth playoff berth in coach Pete Carroll’s 11 seasons with a 20-15 victory last weekend at Washington. Carlos Hyde scored on a 50-yard run and Seattle’s defense held off the Football Team late in the game. The Seahawks haven’t won an NFC West title since 2016 and haven’t hosted a playoff game since that postseason.

The Seahawks are the slight favorites coming into this contest with a total of 47.5. Rams’ head coach Sean McVay is 5-2 against Pete Carroll’s Seahawks including a 23-16 win over Seattle in Week 10. In that one, Jared Goff threw for 302 yards and Malcolm Brown rushed for a pair of touchdowns. The total for that match was 55.5 but this time around it’s been lowered to 47.5. The reason is that Seattle’s defense is getting better. Since that Week 10 loss in L.A., the Seahawks are 4-1 and giving up 14.6 points per game. The Rams are 3-0 ATS in the last three meetings, while the over is 4-2 in the last six.

The Rams’ offense never got going last week against the Jets with Goff having just 209 yards passing. Rookie running back Cam Akers missing some action with an ankle injury didn’t help either, and he’s already been ruled out for Week 16. He rushed for 63 yards Sunday and had 50 more yards and a touchdown wiped out by penalties. Darrell Henderson Jr. and Malcom Brown are more than capable of splitting carries this week. The Rams defense sacked Russell Wilson six times and intercepted him twice in the first meeting, while not allowing him to score a passing touchdown. The Rams’ defense is ranked No. 1 in the league in yards allowed (286.1) and against the pass (192.0), while ranking second versus the run (94.1). The Rams are 6-4 against the spread in their last 10 road games.

The Seahawks’ defensive improvements have come at the same time the offense has taken a bit of a nose-dive. Seattle is averaging just 191 passing yards per game over the last three contests, but the running game has picked up. Pete Carroll’s squad is averaging 155 yards a game since Week 13 between the duo of Chris Carson and Carlos Hyde. The Seahawks edged out Washington on the road last Sunday, 20-15. Russell Wilson passed for only 121 yards and a touchdown with an interception on 18-of-27 completions. Seattle posted 181 rushing yards and a touchdown on 26 carries. In Week 10 versus the Rams, the Seahawks rushed the ball just 22 times but managed to rack up 113 yards and a touchdown, despite missing Chris Carson. The Seahawks are 19th in the NFL in rushing play percentage but are 11th with 125.4 rushing yards per game. Safety Jamal Adams has 9.5 sacks this season, adding to his single-season record for a defensive back since the NFL began tracking the stat in 1982. Tight end Greg Olsen (foot) was a full participant in practice this week and will likely come off the injured reserve list. Starting right tackle Brandon Shell (ankle) and cornerback Tre Flowers (hamstring) were limited in practice but could return after missing multiple games.

This should be a fantastic game and I’m not going to overreact to the Rams loss to the Jets last week. This is still a legitimate Super Bowl contender with a defense that will give a struggling Seattle offense all sorts of problems. Goff will be just fine and has been playing better in big games. I’ll take the Rams.