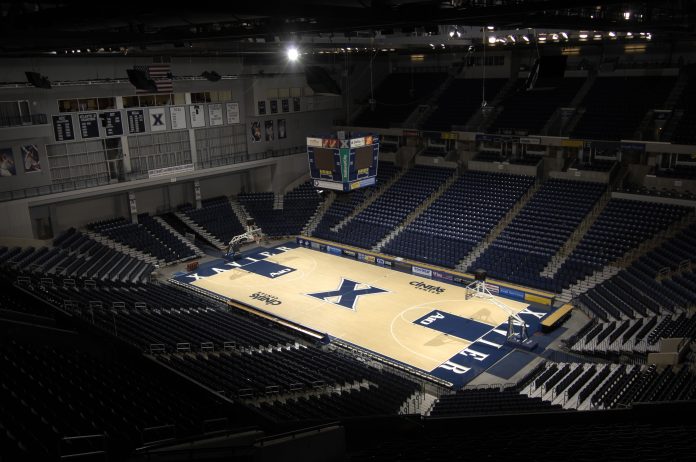 The 17th-ranked Providence Friars will look to hold onto first place in the Big East Conference when they visit the Xavier Musketeers on Wednesday night in Cincinnati. The Friars came off a 12-day Covid pause last week and looked rusty in beating Georgetown and Butler – two of the bottom teams in the conference. Those were tune-up games for the matchup with Xavier on Wednesday night. Providence has just one loss since Thanksgiving and that came in their last road contest on Jan. 4 – an 88-56 blowout loss at Marquette. The Friars are 11-7 ATS on the season but just 1-3 in their last four.

The Musketeers are coming off their third conference loss on Sunday in a 75-64 setback at Marquette. That came after a 68-67 road win at DePaul last Wednesday as 9-point favorites. Xavier is just 1-6 ATS in their last seven games after starting the season 9-2 ATS. Xavier led Marquette 53-48 with 14 minutes left but was outscored 27-11 the rest of the way. Xavier is 10-1 (7-4 ATS) at home this season, with the only loss coming against second-place Villanova. The Musketeers are shooting only 43.1 percent from the field over their last five games and are 7-10-1 to the Under on the season. The teams split their two meetings last season with the home team winning both.

The Friars last three wins have all come at home and now they go on the road, where they are 4-2 ATS on the season. Senior center Nate Watson led the Friars in the Butler game with 18 points and seven rebounds. He averages 14.1 points and 6.2 rebounds a game and will be tested by a tall Xavier frontcourt. As a team, Providence shot 50.9 percent from the field and hit 5-of-11 from beyond the arc. The Friars might be without guard AJ Reeves again, as he deals with a finger injury on his non-shooting hand. If he can’t go, Providence will look to Jared Bynum and Al Durham, who had 10 and 12 points versus the Bulldogs, respectively. The under is 7-3 in Providence’s last 10 games on the road.

Since starting the season 11-1, the Musketeers have split their last six games including the Saturday loss at Marquette. Xavier won their last home game 80-73 over the Creighton Bluejays on Jan. 15. They have a solid defense that allows just 64.3 points per game this season. Teams are also shooting just 40.3 percent from the field against Xavier. The Musketeers ranks 19th in the nation with 26.7 defensive rebounds per game. On offense, five players average between 9.4 and 12.3 points a game. Seven-footer Jack Nunge is the scoring and rebounding (7.1) leader, while Nate Johnson (41.7 percent) and Adam Kunkel (38.6 percent) are the 3-point threats.

Providence hasn’t looked good in their last two games, but they were also coming off a Covid pause. Neither of these teams score a ton of points, so I can see a relatively low-scoring game. I’ll take the points.