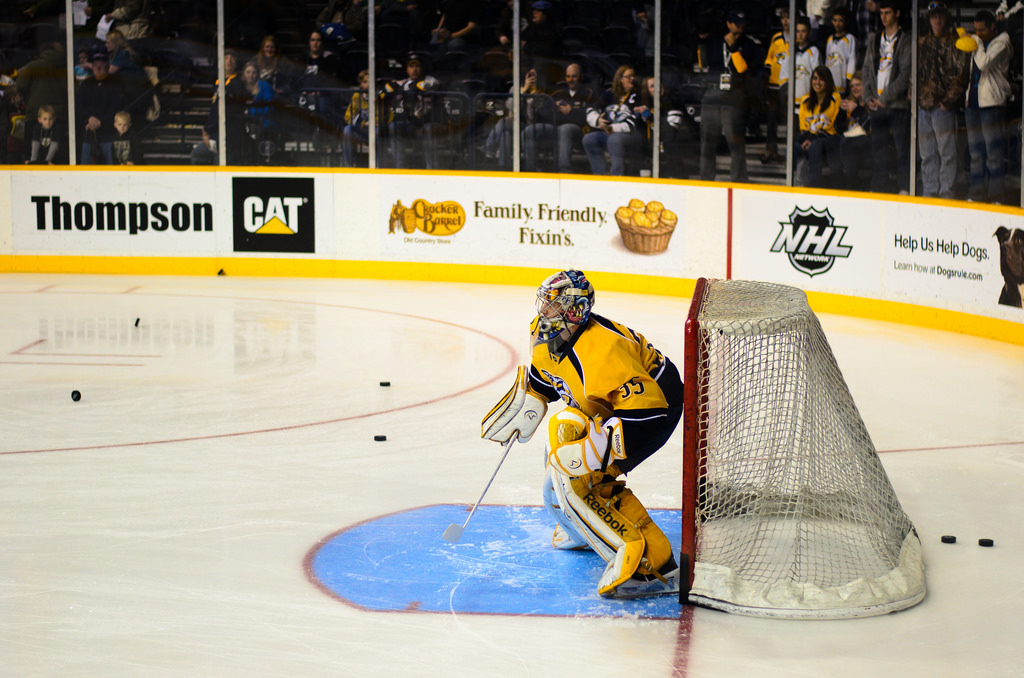 A couple of hot hockey teams will battle on Black Friday as the St. Louis Blues host the Nashville Predators from Scottrade Center. The Blues are top team in the Western Conference with 33 points and have won three in a row after opening a five-game homestand with an 8-3 route of the Edmonton Oilers on Tuesday. They are now 8-2-0 at home. The line of Brayden Schenn, Jaden Schwartz and Vladimir Tarasenko combined for five goals and seven assists in the win over the Oilers as 10 of the Blues’ 12 forwards landed on the scoresheet. Schenn is riding an eight-game point streak during which he has recorded seven goals and 12 assists. Nashville completed a perfect three-game homestand Wednesday with a 3-2 shootout victory over Montreal to improve to 8-1-1 at Bridgestone Arena. The Predators have won eight of their last nine games and Filip Forsberg carries a six-game point streak into Friday’s contest after scoring both regulation goals versus the Canadiens. Nashville is a league-best 8-2-0 this month.

Forsberg boasts three goals and six assists during his current streak after being kept off the scoresheet in three of his previous four games. Seven of Forsberg’s team-leading 11 goals this season, including both against Montreal, have come on the power play. Defenseman P.K. Subban tops the team with 13 assists and has five over his last three games. Austin Watson (left wing) is eligible to return to the lineup Friday after serving his two-game suspension for boarding. The Preds will travel to Carolina on Sunday to meet the Hurricanes before returning home.

Defenseman Jay Bouwmeester made his season debut Tuesday after missing the first 21 games of the season with a fractured left ankle. The veteran blue-liner recorded one shot and a +1 rating in 19 minutes, 19 seconds of ice time. Tarasenko recorded the second Gordie Howe Hat Trick of his career, with the first coming against Nashville in November of 2014, with two goals and two assists, and a fight with Edmonton’s Matt Benning. Schwartz, who is tied with Schenn with a team-leading 30 points, has collected two goals and seven assists during his five-game streak.

Both of these teams could go far in the playoffs as this series is turning into a pretty good rivalry. These are two of the best home teams in the league and that’s just what the trend suggests when these clubs meet. I’ll take the Blues.