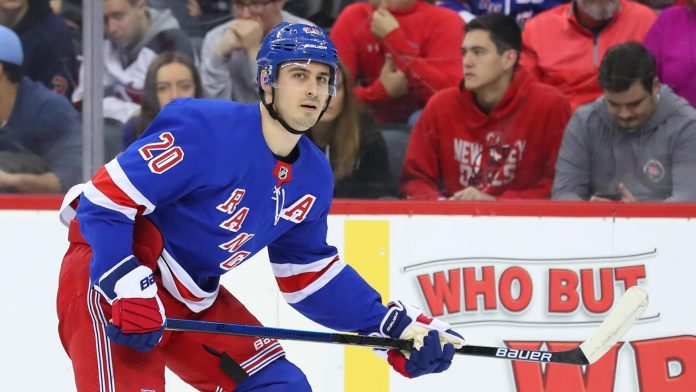 After running through the regular season with 110 points behind the possible Vezina Trophy winner in net, the New York Rangers now find themselves with a bit of a goaltender controversy. The Pittsburgh Penguins scored 14 goals in winning Games 3 and 4 at home to take a 3-1 series lead heading into Game 5 on Wednesday night at Madison Square Garden. Captain Sidney Crosby led the way, as Pittsburgh blew the game open with a five-goal second period, chasing Rangers goaltender Igor Shesterkin for the second straight game. Shesterkin was named one of three finalists for the Vezina Trophy on Tuesday along with Calgary’s Jacob Markstrom and Nashville’s Juuse Saros. He led the NHL with a 2.07 goals-against average and .935 save percentage, but allowed 10 goals in just three periods in the two losses at Pittsburgh.

On the updated series line, the Penguins are -650 with the Rangers at +460 according to our friends at Bovada Sportsbook. To win the Eastern Conference, the Penguins are 650 and New York is +1900. Despite getting blown out in the last two games, New York is a -130 favorite for Game 5 with a total pegged at 6 o-120. Pittsburgh has played to the Over in each of their last five games while the Over is 6-1 is the Rangers last seven games at Madison Square Garden. The home team has won six of the last eight meetings with the total going over five times.

The Penguins have taken a 3-1 series lead with a 7-4 win on Saturday and 7-2 rout on Monday. Crosby recorded his sixth straight playoff game with multiple points on Monday with a goal and two assists, giving him 200 career postseason points. Evgeni Malkin scored the 66th postseason goal of his career to move into sole possession of third place on the Penguins’ all-time list, while Jake Guentzel became the first player in Penguins history to score at least one goal in each of his team’s first four games from the start of a postseason. Pittsburgh is just the fourth team in the last 28 years to score seven goals in back-to-back games. Third-string goalie Luis Domingue allowed two goals on 24 shots.

The Rangers are searching for answers after getting dominated in Pittsburgh and a lot of the blame can be put on star netminder Shesterkin. He was pulled for the second straight game Monday, allowing six goals on 30 shots in less than two periods, but head coach Gerard Gallant is sticking with his young goalie for Game 5. On Monday, Alexis Lafreniere gave New York a 1-0 lead and became the 11th Rangers player to score a postseason goal before age 21. When trailing a series 3-1, New York is 2-18 all-time in a series. The Rangers are 8-3 in their past 11 following a loss of three or more goals, although one of those setbacks came on Monday.

The Rangers play on the defensive-end was poor the last two games, but this team is much better than that. They will be more focused now that one more loss will end their season. I expect a big bounce back from New York at home here.