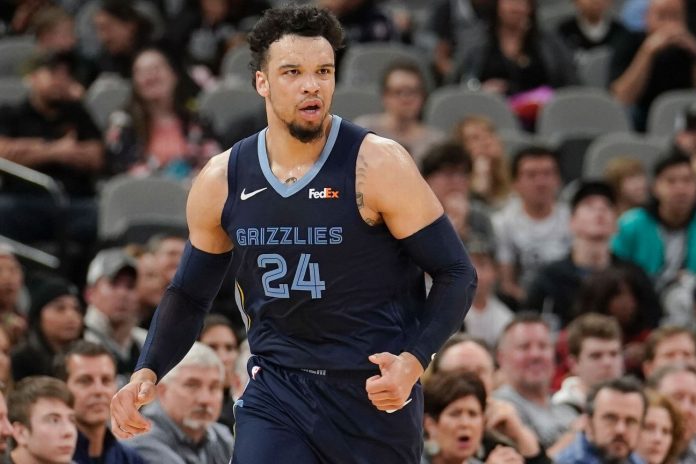 The New Orleans Pelicans will be playing their fourth road game in six days and the first three have not gone well. The Pelicans will try and get back on track before heading home when they visit the Memphis Grizzlies on Tuesday night at FedEx Forum. The road trip started with a 129-116 loss at Chicago as the Bulls drained 25 three-pointers and the Dallas Mavericks also made 25 treys in a 143-130 win over the Pelicans. New Orleans limited Detroit to 17 three-pointers on Sunday, but still dropped a 123-112 decision on Sunday as head coach Stan Van Gundy said his top two players – forwards Zion Williamson and Brandon Ingram – showed signs of fatigue. The Pelicans are now in 13th place in the Western Conference standings, two games behind Memphis, who sits ninth. The Grizzlies have followed up a four-game skid with wins in two of their last three with the only loss coming at the Los Angeles Lakers on Friday. The rebounded with convincing 124-110 win at Sacramento on Sunday night to improve to 7-4 away from home as opposed to just 4-7 at FedEx Forum. a rejuvenated Jonas Valanciunas had 25 points and had 13 rebounds in Sunday’s win and has been solid since returning from a five-game absence. The Pelicans are 4-0 SU and against the spread in the last four meeting with Memphis including a 118-109 win in New Orleans on Feb. 6. The Pelicans shot 51.7 percent from the floor in that game and hit 15-of-33 from beyond the arc. The under is 6-2 in the last eight encounters.

New Orleans led Detroit 40-30 after the first quarter on Sunday, but the lack of defense once again failed the Pelicans, as the Pistons made 53.6 percent from the field. The Pelicans rank 29th in defending the three-point line (39 percent) and allow 114.1 points a game. Ingram and Williamson each led the way Sunday with 26 points a piece but it was Steven Adams who recorded the only double-double with 13 points and 12 boards. The problem with Adams this season is that he’s shooting a career-worst 48.3 percent from the free throw line (29-of-60). In fact, the Pelicans are one of the worst free throw shooting teams in the league at 73.0 percent. New Orleans will start a four-game homestand Wednesday against Portland.

In the first meeting against the Pelicans, Valanciunas was returning from a five-game absence due to COVID-19 protocols and scored 23 points in 24 minutes. Valanciunas has four 20-point games since his return which includes three double-doubles and is averaging 21.8 points and 12.6 rebounds in his last five games. Forward Brandon Clarke, who returned from a four-game absence due to a sore calf, scored 13 points against Sacramento. Ja Morant (16 points, 10 assists), Dillon Brooks (22 points) and Kyle Anderson (17 points) also were among seven Grizzlies that scored in double figures. The Grizzlies will host Oklahoma City on Wednesday night.