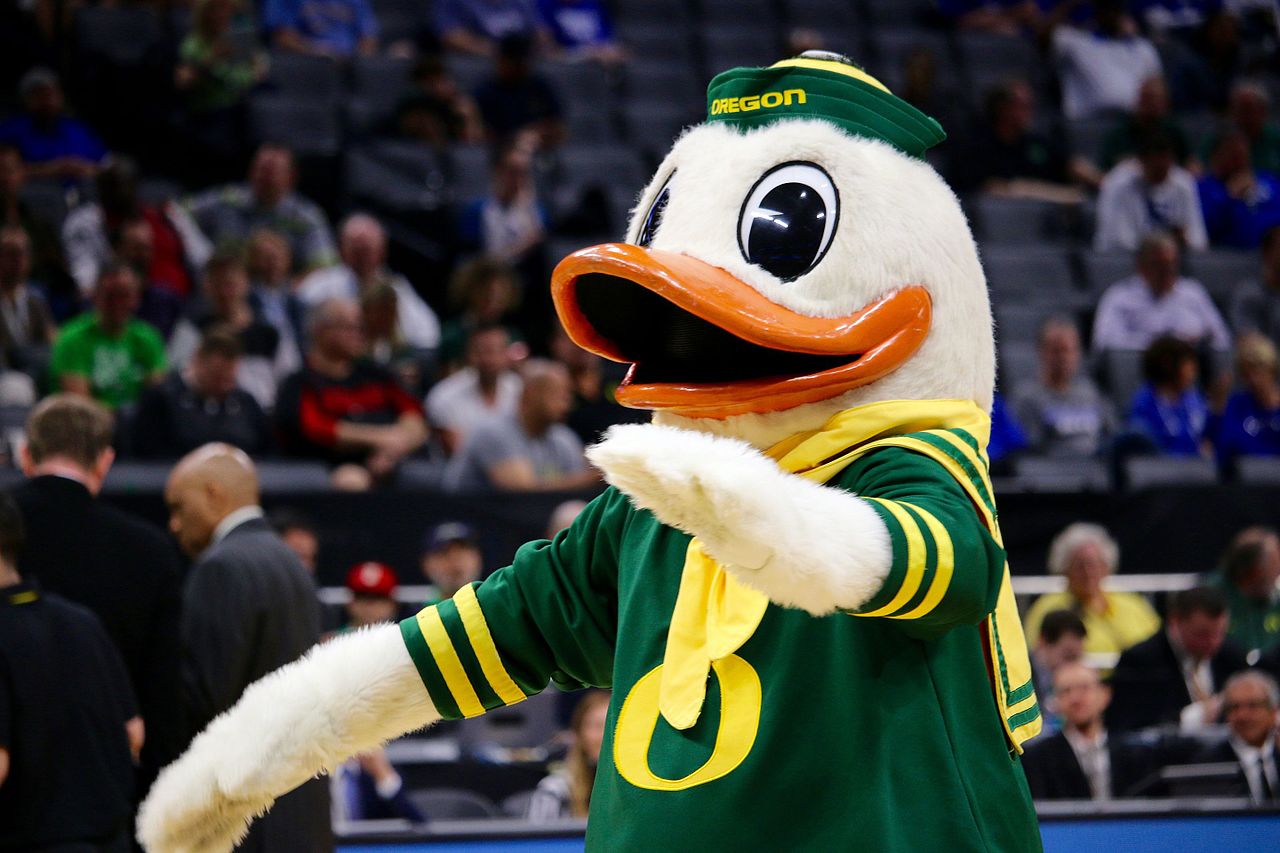 Coming into the NCAA Tournament with some momentum is one key to going far into March and the Oregon Ducks and Wisconsin Badgers are both on a roll as they battle each other in a first round game Friday afternoon in San Jose. The Pac-12 looked like a one-bid conference until the Ducks woke up and went on an eight-game winning streak to end the season that included a 20-point blowout of top-seeded Washington in the conference championship game last weekend. Oregon lost star freshman and future NBA lottery pick Bol Bol to a foot injury after nine games and dropped out of the top 25 before a 79-51 home win against Arizona State on the last day of February. The Ducks closed the regular season with four wins by an average of 18.3 points to grab a No. 12 seed. The Badgers are not as hot as Oregon, but finished strong with wins in four of their final five games, falling to Big Ten Conference Tournament champions Michigan State 67-55 in the semifinals. Wisconsin meets Oregon for the third time in the last five NCAA Tournaments with the Badgers beating the Ducks in the round of 32 en route to back-to-back Final Four appearances in 2014 and 2015. The winner will take on Kansas State or UC Irvine on Sunday.

The Ducks are not a good shooting team, but used a very solid defense to get on a roll down the stretch, ranking 16th in points allowed (62.9), 21st in defensive field goal percentage (40.2) and 11th at defending the perimeter (29.4 percent). They have forced an average of 15 turnovers during the eight-game winning streak and only Arizona State (75 points in overtime) has scored more than 61 points over that span. Pac-12 Tournament MVP Payton Pritchard (12.7 points, 4.5 assists, 1.9 steals) is one of three double-digit scorers for an Oregon team who is very tall. Pritchard shined in the Las Vegas tournament with 19.3 points and 6.7 assists over the last three games. Forward Louis King leads the team with a 13.1-point average and has scored 12 or more in four straight games.

Wisconsin also wins with defense – which is nothing new – ranking ninth in the country in points allowed (61.4) and 11th in defensive field goal percentage (39.3). Senior Ethan Happ (17.5 points, 10.1 rebounds, 4.6 assists) leads the way on offense and boasts two of the three triple-doubles in school history – both coming this season. Happ is seeking to join LSU’s Ben Simmons as the only Division I players over the last 20 years to average at least 16 points, 10 rebounds and four assists. Fifth-leading scorer Khalil Iverson (6.7 points, 4.5 boards) has come alive down the stretch, averaging 13.6 points and seven rebounds over the last seven games. Guard D’Mitrik Trice is second on team in scoring (11.7) and has made 74 three-pointers this season.

I think Oregon’s size will give the Badgers some trouble here and give them a great chance to pull off the 12/5 upset. The Ducks are one of the hottest teams going and have won their last six games outside of the state of Oregon.