Golf Open Season on Majors as 2021 Tees Off 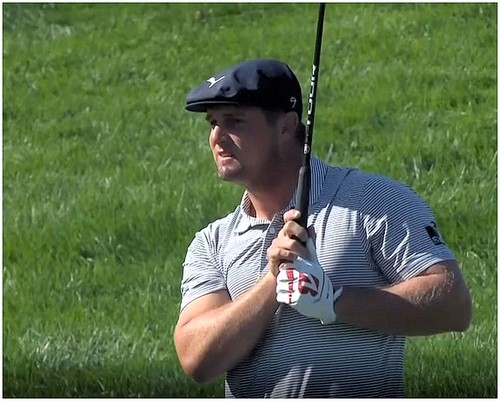 It’s tough to predict a golfing year based on one event but 2021’s Sentry Tournament of Champions may offer a useful insight into the 12 months that lie ahead. With a strong field of 42 descending on Hawaii, two unlikely names finished on top of the leaderboard before a playoff gave us our first winner of the year.

As Harris English edged out Joaquin Niemann in the ‘shoot out’, the world’s best trailed behind and, the indicators are that 2021 is going to be very open – certainly in terms of the four Majors.

After a shaky start to 2020, Dustin Johnson finished the year as the best golfer in the world. DJ coasted through the FedEx Cup playoffs and it was fitting that he should claim his second ever Major with victory in the Masters at Augusta. According to sportsbooks affiliated to legalbetting.com, Johnson is now favorite in all four Majors markets and, if he maintains his form from last year, he’ll clearly be tough to beat.

LegalBetting will continue to showcase those odds as the four big tournaments draw closer and the prices concerned will be sourced from bookmakers that take on US customers. Dustin Johnson is currently showing as the man to beat but will that situation be maintained?

It wasn’t a great start to the year, however, as Johnson finished in a tie for 11th at the Sentry Tournament of Champions. That may sound like a respectable return but DJ was never really in contention and, in a reduced field of 42, that will be seen as a disappointing return.

One man who did shine for much of the four days in Hawaii was Justin Thomas. Having claimed the Tournament of Champions on two previous occasions, JT was highly fancied coming into the 2021 renewal. Having co-led after the first round, Thomas fell away on Friday and Saturday before a final-round surge took him to within one shot of that playoff.

Early market prices show Justin Thomas as a +1100 shot for the US Open and that could offer some ante post value based on that first tournament of 2021. Another player to return a decent showing at the Tournament of Champions was Bryson DeChambeau. The Scientist used his new physique and some colossal power driving to win his first Major title in 2020 and a tie for seventh in Hawaii suggests that DeChambeau is in good shape to add to that tally this year.

Big hitting Bryson is also available as a general +1100 shot in all of the Majors’ markets for 2021 and, once again, these are prices worth considering.

Elsewhere, Spain’s Jon Rahm tied with DeChambeau for seventh in 2021’s first PGA Tour event and is now firmly in that unenviable position of being the ‘best player yet to win a Major’. Will this be the year that Rahm loses that mantle? Once again, Rahm can be found at a general +1100 in the markets.

Yet to Make an Entrance

Of the biggest names in golf, Brooks Koepka and Rory McIlroy were not involved in the Sentry Tournament of Champions and it may be some time before we see the pair step up to the tee. Both men are also in the running for glory this year and they are already multiple major winners.

As we saw last year, the sport retains its capacity to spring a surprise and, while Collin Morikawa had undoubted potential, not everybody felt that he was ready to win a Major. A deserved success in the PGA Championship proved any doubters wrong and it also indicated that golf is a very open sport in the current era. While we have those big names at the top of any outright markets, there is huge depth among the chasing pack with the likes of Morikawa, Viktor Hovland, Rickie Fowler, Tommy Fleetwood and Tony Finau among those who will be hopeful of landing a Major this year.

It’s only just begun and that dramatic playoff at the Sentry Tournament of Champions is a perfect curtain raiser for what should be a thrilling 12 months of golf.