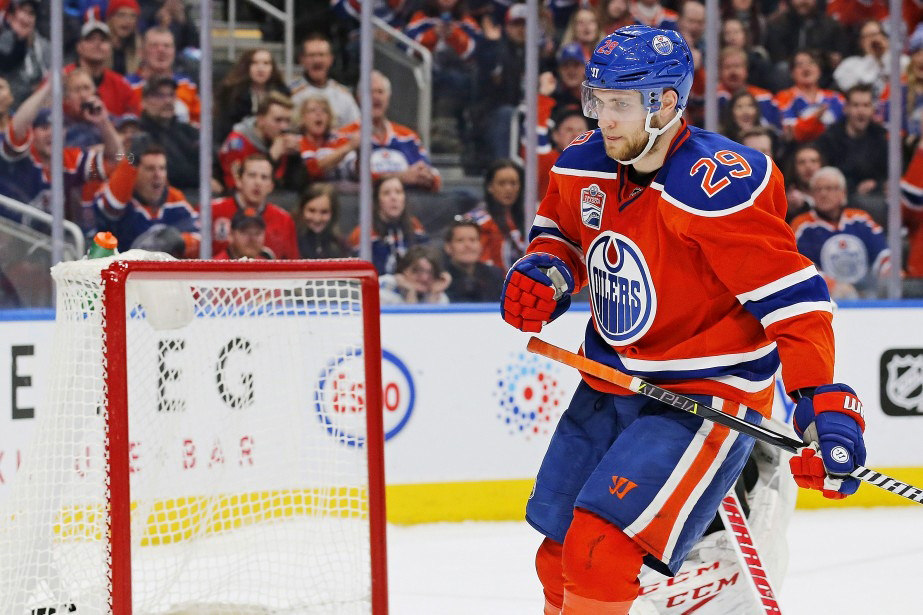 The league’s No. 1 power play unit will have to get by without its star leader for a while, as Connor McDavid’s Edmonton Oilers try and slow down the red-hot Tampa Bay Lightning on Thursday. McDavid has 81 points in 55 games this season, but will miss two to three weeks due to a quadriceps injury, but the Oilers looked just fine Tuesday with a 5-3 victory over Chicago in the first game without their superstar in the lineup. Edmonton is involved in a tight Pacific Division and Western Conference race where they are currently the fourth seed but just one point behind Vancouver for the No. 2 spot. The Oilers have won two in a row and have gained points in seven of their last nine games overall. Tampa Bay is the hottest team in the league with wins in each of their last eight games, but did not have captain Steven Stamkos (lower body) for Tuesday’s 2-1 overtime win at Pittsburgh and fellow forwards Nikita Kucherov and Anthony Cirelli left that contest with injuries. Cirelli blocked a shot while Kucherov (team highs of 27 goals, 70 points) got tangled behind the net to suffer lower-body injuries and their status, along with Stamkos, is uncertain for Thursday. The home team has won six of the last seven meetings, but the Lightning won 6-3 at Edmonton in their most recent contest on Dec. 22, 2018.

The Oilers are 9-3-1 in their last 13 games but have won eight of the last nine times Mike Smith has been in net. He’s been better on the road this season than at home as he has a .911 save percentage in away games compared to .892 at home. Former first-round pick and Spokane Chief Kailer Yamamoto has made quite an impression since being called up, scoring two goals Tuesday to push his total to seven to go along with seven assists and a +12 rating in 15 games. Leon Draisaitl, who leads the league with 89 points, had a goal and three assists in Tuesday’s win after scoring twice in the previous contest. Edmonton will head down to Miami to take on the Florida Panthers on Saturday.

Tampa Bay netminder Andrei Vasilevskiy has won six straight and became just the eighth goaltender in the last 40 years to pick up a point in 19 straight starts (17-0-2). He and the Lightning came out of the gate struggling, but Vasilevskiy is 6-0-1 with a 1.98 GAA and .933 save percentage since the All-Star break. Meanwhile, the Lightning offense has been firing well all year as they’re fourth in the NHL goals-per-game (3.53). Yanni Gourde snapped a 35-game goal drought with the overtime winner Tuesday versus the Penguins and defenseman Mikhail Sergachev scored his ninth to match a career best. Center Brayden Point has a point in eight straight contests after an assist on Tuesday. Defenseman Victor Hedman boasts a +23 rating in his past 23 games. Tampa Bay will host the Philadelphia Flyers on Saturday.

The Oilers are going to have a hard time scoring versus this red-hot Tampa Bay team without McDavid on the ice. The Lightning are playing terrific defense and getting great goaltending. I’ll take the home team here.