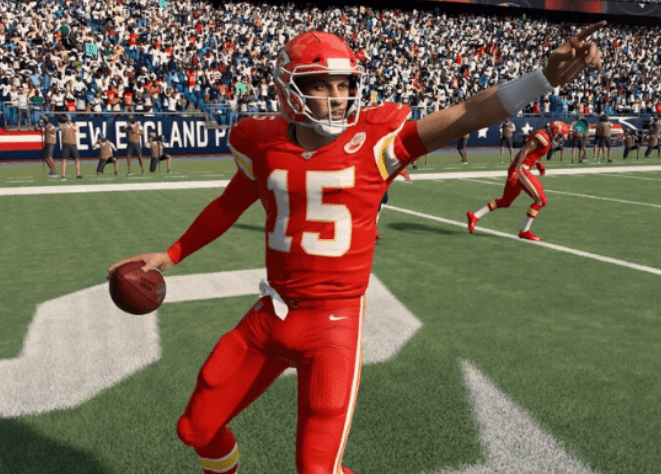 Football season is back over at Nitrogen Sports, as the world’s leading online Bitcoin sportsbook launches it’s first-ever NFL Madden tournament this June.

Dubbed as the “Nitro NFL Madden Tournament I,” this online simulation football event features all 32 franchises of the NFL, each slotted for at least one match in a single-elimination style bracket, beginning on Friday, June 12.

A grand total of 1.5* BTC or equivalent to $14,500 is up for grabs across all Nitrogen promo platforms, including Nitro Brackets, Nitro Squares, and Nitro Sims.

In Nitro Brackets, players have the opportunity to predict the outcome of the tournament by selecting which teams they think will advance from each round to the next until a champion is crowned.

There are two types of Nitro Brackets for the NFL Madden Tournament I. The first one is the Free Nitro Bracket, which is open to all players with a Nitrogen Sports accounts. The second one is the Betslip Buy-in Bracket. Not all Bestslip Buy-in  Nitro Brackets are the same, as others can have different sets of buy-in amounts, but for the Nitro NFL Madden Tournament I, interested players are required to have a Nitrogen Sports account and a buy-in amount of 0.005 BTC, the equivalent of $50, before becoming an official participant.

In Nitro Squares, the main objective of players is to correctly predict the right digit combination of the final score of a selected game. A player wins a Nitro Squares contest if the square selected reflects the last digit of the winning team’s final score and the last digit of the losing team’s final score, and in that exact order. If a game between the Cleveland Browns and the Baltimore Ravens ended with a Ravens win via a 23-17 score, the player/s who selected the square with a 3-7 combination will win the prize for that specific Nitro Squares contest.

In Nitro Sims, NFL teams in Nitro Madden NFL Tournament I games will have odds and lines available for bettors looking to get their football betting fix. The first round of the tournament will feature all 32 teams playing 16 games from June 12-15, so players will have a wide range of selections to bet on. Teams who will survive the first round will try to knock each other out in the Round of 16, which will run from June 16-17. The quarterfinals will be played from June 18-19, while the semifinals round will be on June 20 and 21. The grand finale, the Super Bowl of Nitro Madden NFL Tournament I, is set on June 23, a Tuesday.

From the reigning Super Bowl champions, Kansas City Chiefs to the best non-playoff teams in 2019, Nitro Madden Tournament I is going to give players and football fans the closest feeling to a great, action-packed Sunday feeling during a real NFL season.

Nitrogen Sports has always been creative in finding ways to keep its clients engaged and entertained, as evidenced by nonstop promos and contests the online Bitcoin sportsbook has been churning out over the past years.

Create a Nitrogen Sports account now via this link and see why the online sportsbetting community thinks highly of the company and its services.