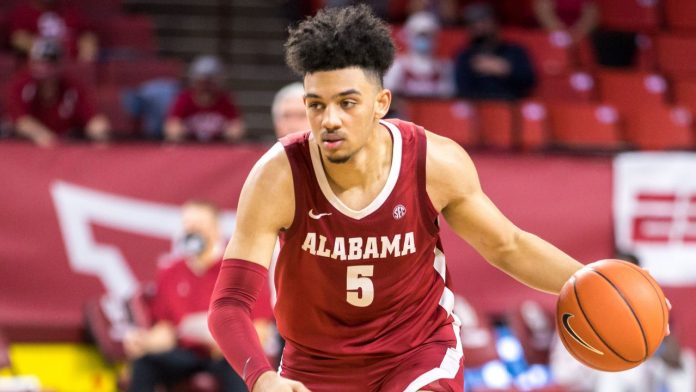 It’s been a nice run for UCLA and head coach Mick Cronin. The Bruins managed to weasel out a No. 11 seed but had to win a play-in game against Michigan State to make the Round of 64.

Then, they pulled the upset of sixth-seeded BYU in their first-round game. The Bruins held BYU to just 17 percent shooting from 3-point range and won 73-62. As luck would have it, UCLA then drew No. 14 seed Abilene Christian, upset winners over Texas.

Now, Cronin’s team will face possibly its biggest test of the season – No. 2 seed Alabama.

This is where the magic runs out for Cronin and UCLA. The Bruins trailed late in their play-in game with Michigan State and were able to ride a big first half in the win over BYU. Now, the Bruins will go up against an Alabama team that hit 16 three-pointers in its last win over Maryland.

The Crimson Tide shot 49 percent from long-range against a Maryland team that was a top 50 defense. Head coach Nate Oats’ team can get up and down the floor when they have to averaging nearly 80 (79.7) points per game.

Alabama has won its last eight games in a row and has scored 80-plus in four of its last six. What is even more impressive is that the Crimson Tide have covered the spread in five of their last seven games.

The Tide covered their last four SEC games with spreads of -10, -7, -8, and -3.5. They also covered their second-round win over Maryland as a six-point favorite. They failed to cover in their first-round win over Iona beating Rick Pitino’s team by 13 when they were favored by 17.

Alabama has been a solid team to back throughout the season for spread bettors. The Tide have a respectable 18-13-1 ATS mark for the year. They are also 5-2 ATS in their last seven games as the favorite. The Tide also fare pretty well against the Pac-12. In the last 10 games against Pac-12 competition, Alabama is 8-1-1 ATS.

Oats and the Tide have four players – led by Jaden Shackleford (14.3 ppg) – that score in double figures. That is why Alabama is 16th in scoring in the nation. They also push the pace. The Tide ranks 16th in possessions per game too, so expect them to attack UCLA in transition.

Unfortunately for Cronin, this is where it all ends in 2021. The Bruins are actually 14th in the nation in turnovers committed per game (10.7). Alabama will exploit that with their athleticism on defense and beat the Bruins easily.

Take a look at our last pick, it was an Illinois at Ohio State free pick.